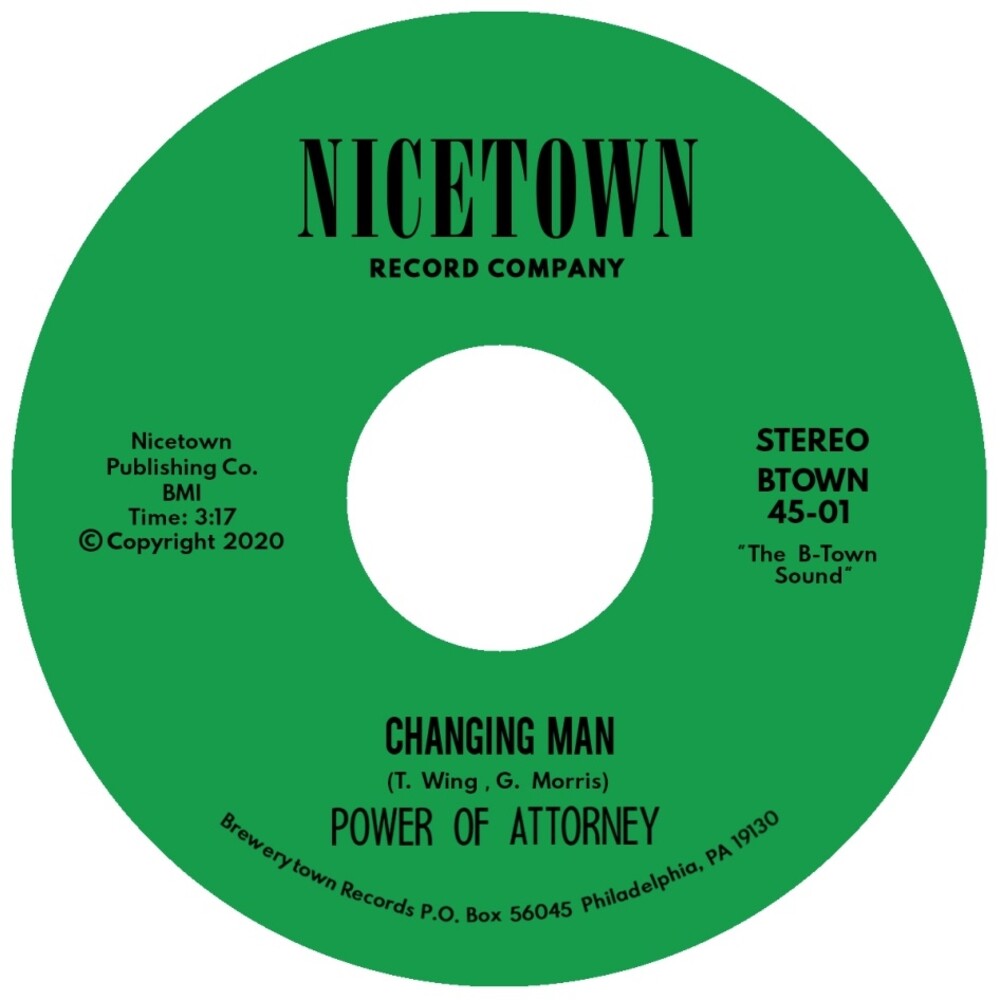 Limited seven inch vinyl pressing. In the early 1970s, the funk / soul band Power of Attorney was formed at the Pennsylvania State Correctional Institution at Graterford (30 miles northwest of Philadelphia). The story of their formation is just as powerful as the music that they left behind. In late 1972, the prison's Activities Director Theodore "Ted" Wing broke ground on a new recording studio. As part of the rehabilitative arts and music initiative, the space was built to offer a creative outlet for incarcerated individuals to express their musical talents. In November of '72, an audition was held throughout the prison to form a band. It has been reported that over 1,600 men auditioned for a spot in the band. Wing ultimately settled on a lineup that consisted of William Smith (lead guitar), Charles McDowell (bass), Merion Wilson (tenor saxophone), Edward J.X. Smith (guitar), and Otis Graham (drums). With a lineup of gifted musicians and a fresh new recording studio to practice and lay down tracks in, the band Power of Attorney was officially born.