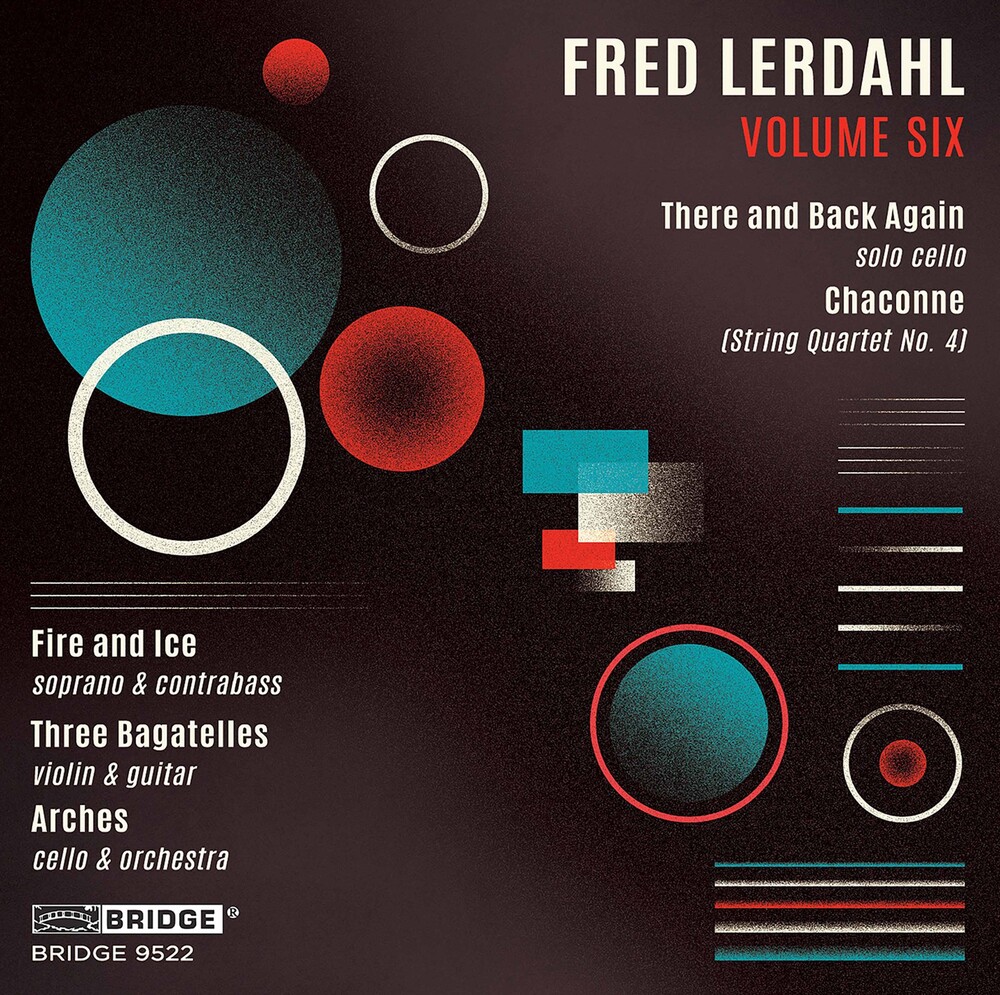 Fred Lerdahl, Vol. 6 presents new work by one of today's true masters. The album features two major works, the cello concerto, "Arches" and Lerdahl's fourth string quartet, "Chaconne". Producer David Starobin writes that "Lerdahl's work is rare in today's musical world in that it seeks and achieves both complexity and intelligibility. It is indebted to the past yet committed to the exploration of new territory." Rounding out the album are three delightful smaller pieces, "There and Back Again", "Fire and Ice", and "Three Bagatelles." Fred Lerdahl studied at Lawrence University, Princeton, and Tanglewood. He has taught at UC/Berkeley, Harvard, and Michigan, and since 1991 he has been Fritz Reiner Professor of Music at Columbia University.