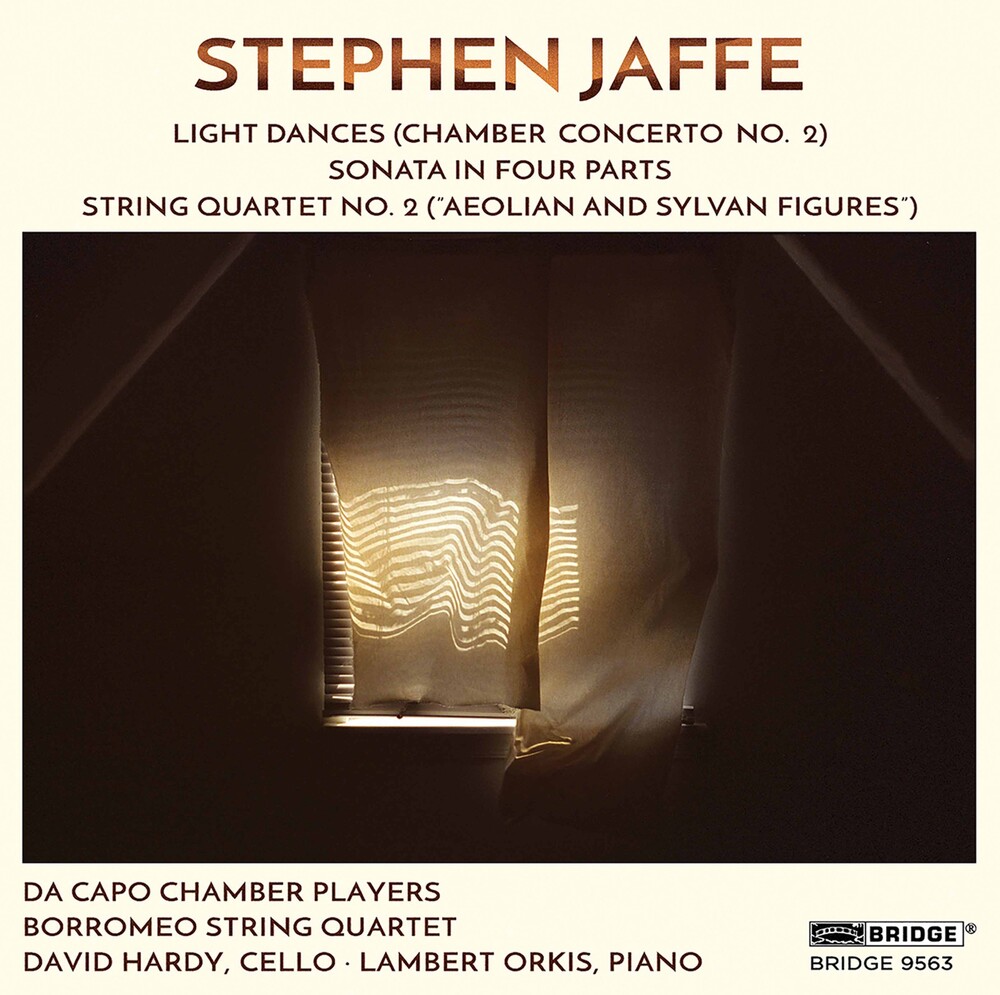 For the fourth volume of music by Stephen Jaffe, the composer writes that he is "searching for sounds and musical relationships to create something new, like a poetry-where listeners may discover lyrical expression and an arc of narrative." These premiere recordings of three works written between 2006 and 2009, offer a program featuring Jaffe's collaborations with the Da Capo Chamber Players, the Borromeo String Quartet, and National Symphony Orchestra members David Hardy, cello and Lambert Orkis, piano. Composer Stephen Jaffe's music has been featured at major concerts and festivals including the Nottingham, Tanglewood, and Oregon Bach Festivals, and performed throughout the U.S., Europe, and China by ensembles including the R.A.I. of Rome, Slovenska Filharmonija, the National Symphony, the San Francisco, North Carolina and New Jersey Symphonies, Berlin's Spectrum Concerts, London's Lontano, and many others. Jaffe's recent works include new chamber concertos including Migrations (Chamber Concerto No. 4) for walking violinist and mobile chamber ensemble, and Three Arcs (Chamber Concerto 5) for chamber ensemble with cameo chorus, written for the 200th anniversary of the Musical Fund Society of Philadelphia. The collaborative cantata A Forest Unfolding, composed with Eric Moe, Melinda Wagner and David Kirkland Garner, and premiered at the Portland Chamber Music Festival and New Hampshire's Electric Earth Concerts in 2018, was inspired by recent scientific work into the rich communication and subterranean connectivity between trees - evoked also in Richard Power's related novel The Overstory.
This website uses cookies to personalize content and analyse traffic in order to offer you a better experience.
I accept Learn More
back to top