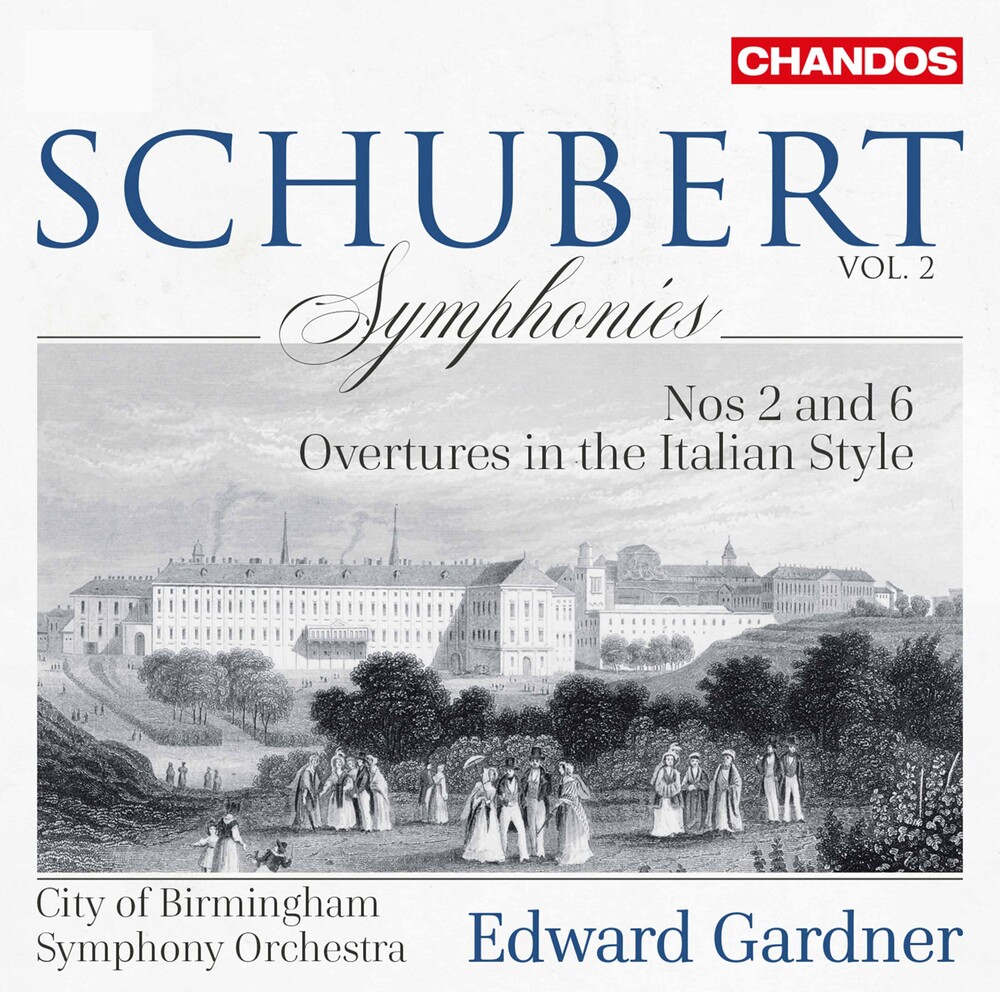 Edward Gardner leads the City of Birmingham Symphony Orchestra in Schubert's Symphonies Nos. 2 and 6 in this second volume in the acclaimed series. Chief Conductor of the Bergen Philharmonic Orchestra since October 2015, Edward Gardner has led the musicians on multiple international tours, which have included performances in Berlin, Munich, and Amsterdam, and at the BBC Proms and Edinburgh International Festival. He was recently appointed Principal Conductor Designate of the London Philharmonic Orchestra, his tenure commencing in September 2021. In demand as a guest conductor, during the previous two seasons he made his debut with the New York Philharmonic, Chicago Symphony Orchestra, Rundfunk-Sinfonieorchester Berlin, and Wiener Symphoniker, as well as at The Royal Opera, Covent Garden in a new production of KĂˇta KabanovĂˇ, praised by The Guardianas a 'magnificent interpretation'. He returned to the Gewandhausorchester Leipzig, Philharmonia Orchestra, and Orchestra del Teatro alla Scala di Milano. In April 2019, he conducted the London Philharmonic Orchestra at the Lincoln Center in New York.