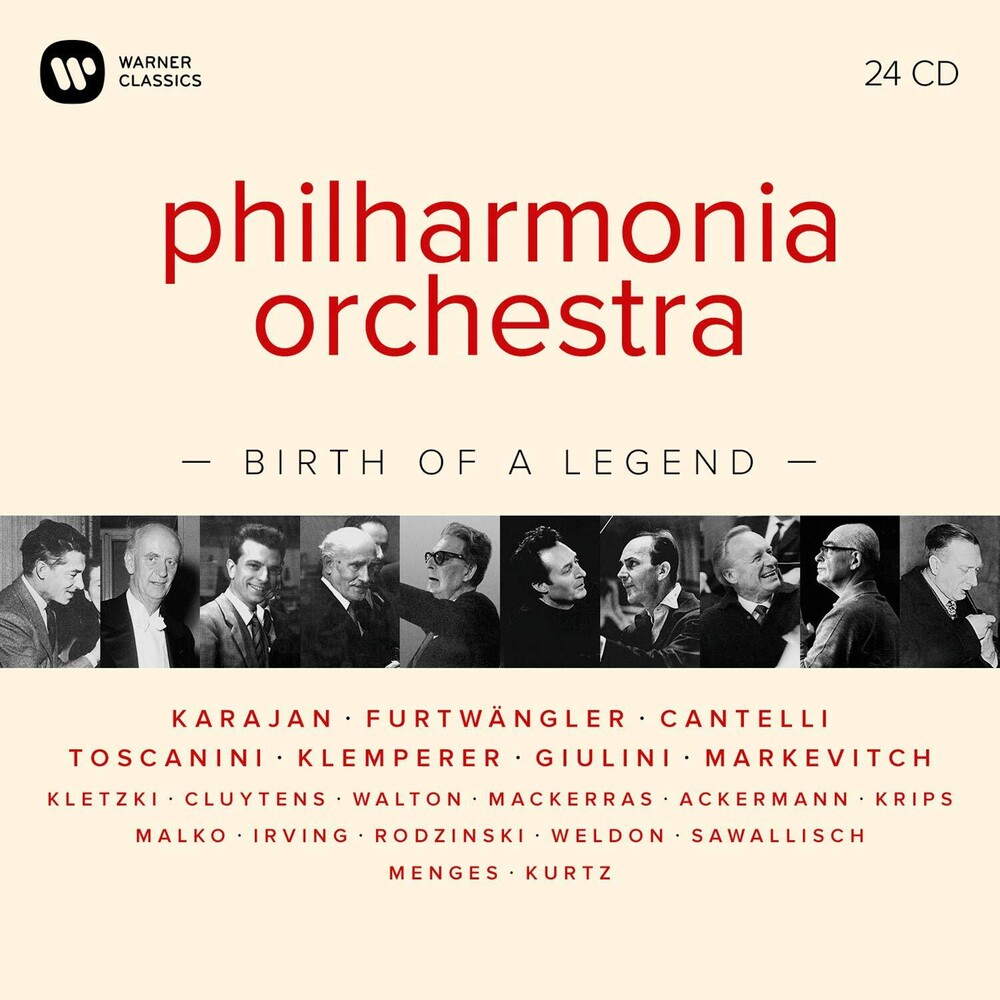 A prestigious name since it came into being in 1945, the Philharmonia was established by legendary producer Walter Legge as a high-calibre house orchestra for EMI. It's history of collaboration with the world's greatest musicians includes numerous landmark recordings now in the Warner Classics catalogue. The performances here cover the period between 1946 and 1964. Conducted by such figures as Karajan, FurtwĂ¤ngler, Toscanini, Klemperer, Giulini and Cantelli, they have been extensively remastered from the original tapes, gaining a new immediacy. As a further bonus, this collection includes a recording from 2018 and a CD of music and interviews that provides fascinating insights into the Philharmonia's relationship with four major conductors.