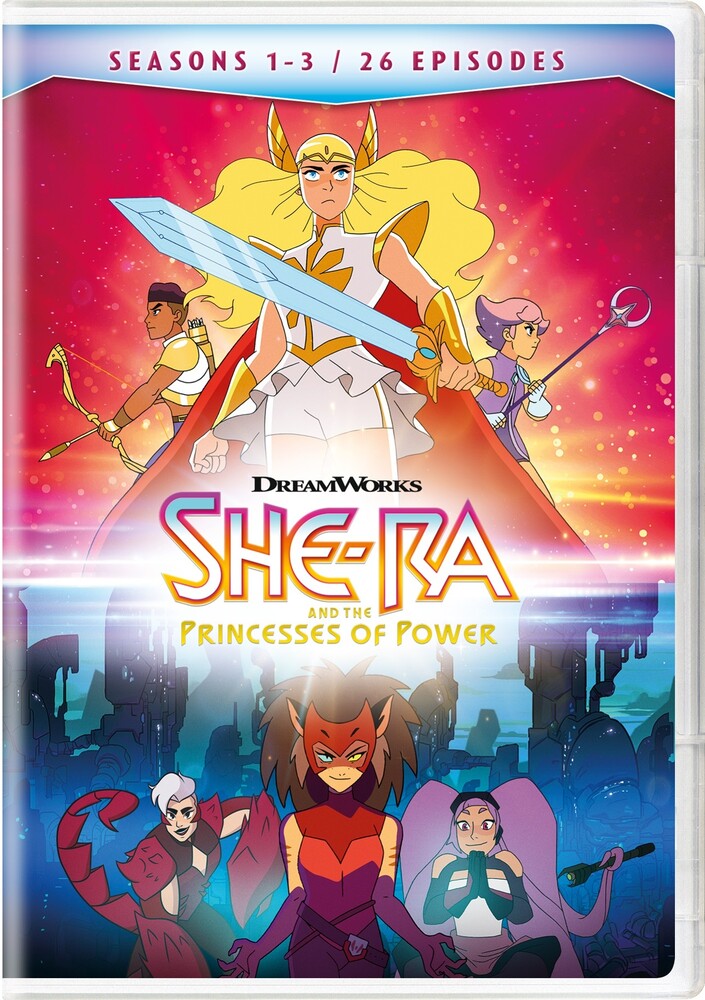 A reimagining of the hit '80s series, Dreamworks' She-Ra and the Princesses of Power is the story of an orphan named Adora, who leaves behind her former life in the evil Horde when she discovers a magic sword that transforms her into the mythical warrior princess She-Ra. Soon, she finds a new surrogate family in the Rebellion as she unites a group of magical princesses to defend Etheria. Alongside her best friends Glimmer and Bow, Adora helps to lead the Princess Alliance against their enemies, including the mysterious Hordak and Adora's childhood friend Catra-who soon rises in the Horde's ranks, spurned by feelings of betrayal. She-Ra and the Princesses of Power is a genre-smashing series full of adventure, fun, comedy, and sincere heart.