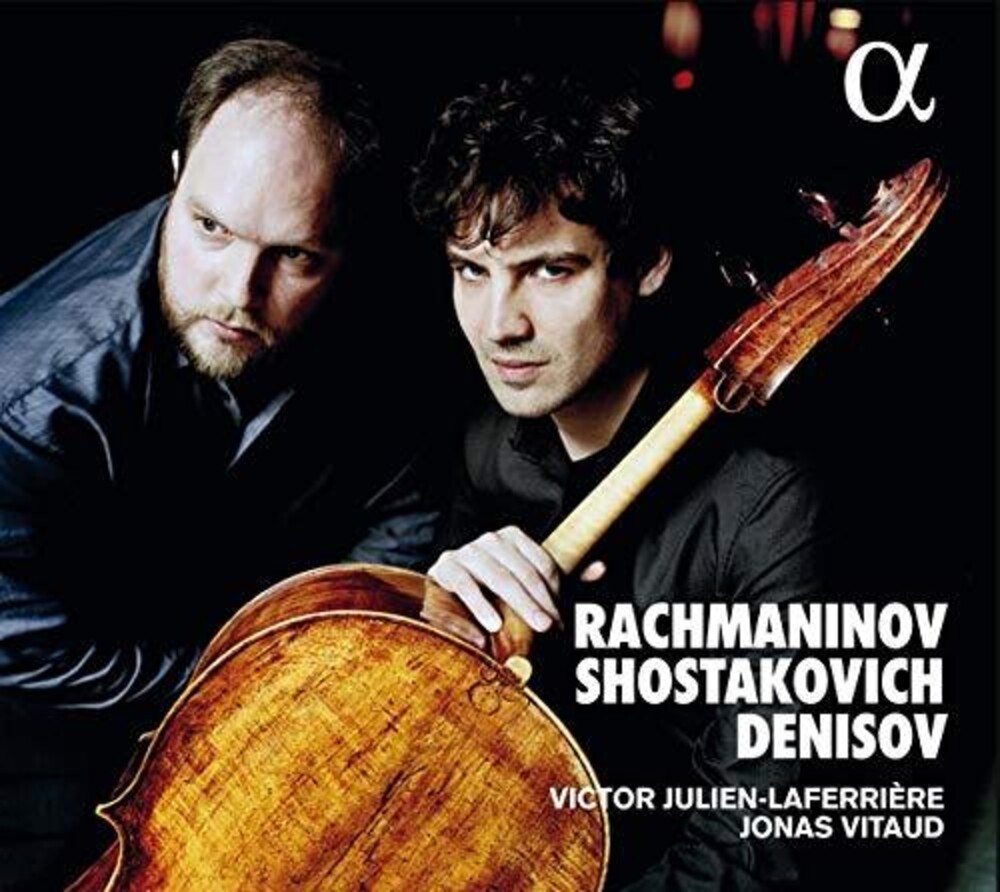 The winner of the very first Queen Elisabeth Competition for cellists in Brussels in 2017, Victor Julien-Laferri├¿re also received the Victoire de la Musique Classique in 2018 in the category 'Soloist of the Year'. His chamber recordings with the pianist Adam Laloum have won numerous awards, including a Diapason d'Or of the Year in 2016. Victor Julien-Laferri├¿re now joins Alpha Classics for several recordings. The French cellist, who studied successively with Roland Pidoux, Heinrich Schiff and Clemens Hagen, has decided to record two peaks of his instrument's repertory, the sonatas of Rachmaninoff and Shostakovich, alongside the pianist Jonas Vitaud, with whom he enjoys a close rapport. They have given this programme in concert together on many occasions. A rare piece by Russian composer Edison Denisov completes the album: the Variations on a Theme by Schubert, composed in 1986.