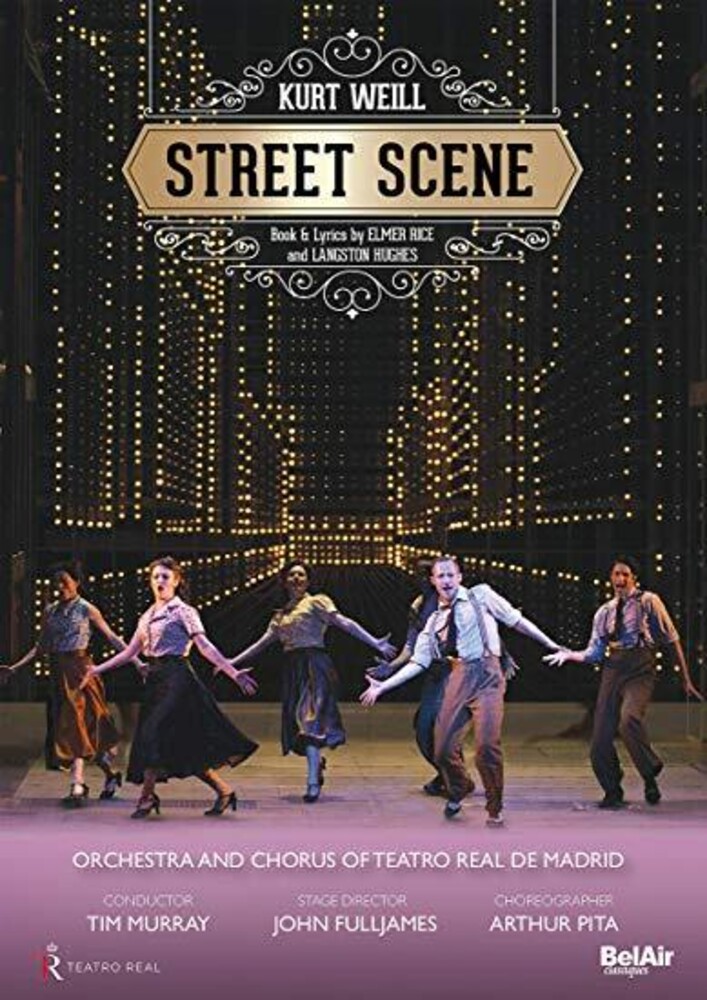 Kurt Weill wrote Street Scene shortly after fleeing Nazi Germany to the United States. When he discovered the vitality of the American musical scene, his focus became to reconcile the Broadway "musical" with European traditional opera, jazzy and North-American tunes with an almost Puccinian-like lyricism. In his mind, opera had to embrace and reclaim it's own theatricality : thus he wrote his Street Scene, meant to be a truly American opera, half-way between his Brechtian Threepenny's Opera and Bernstein's later West Side Story and drawing from the famous play by Elmer Rice (recipient of the Pulitzer Prize when it was published in 1928). The main plot of this rampant collection of scenes from the streets of the lower East Side of New York revolves around Frank and Anna Maurant and their daughter Rose. A violent and tough character, Frank fails to see his wife's growing despair due to his lack of affection. When he discovers her with her lover, he shoots them both and goes to jail, leaving behind a heartbroken Rose who, after having experienced relentless harassment by two aggressive suitors, misses her one true chance at love. The opera ends by showing the streets of New York City moving on from these mundane events in total indifference. Under Tim Murray's vivid and precise baton, this superb production by John Fulljames perfectly renders the vitality and energy released by the streets of New York, that proved to be a great inspiration to the theatrical mind of the composer.