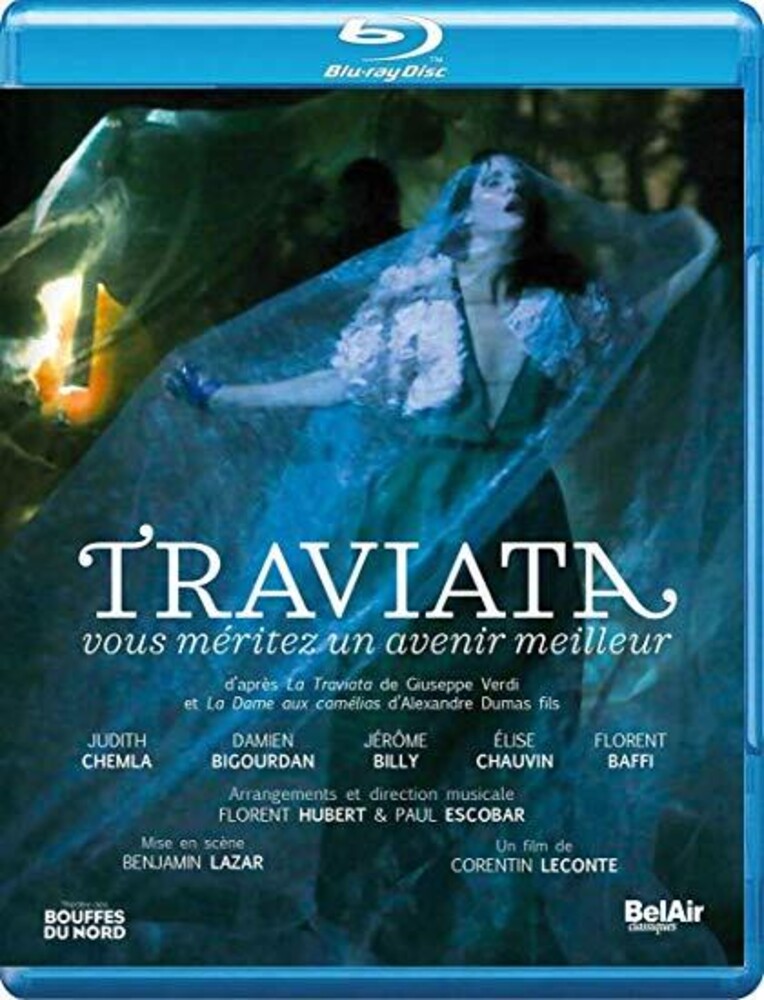 An overpowering and paradoxical perfume of dream and reality floats around 'La Traviata', as if the life and death of this so-called "errant" woman seem more real and more elusive than those of other opera heroines. It is with this perfume, composed of rare flower essences, of alcohols, of prescription drugs, of skins caressed, of seemingly odorless money, that Giuseppe Verdi deeply impregnated his musical material, just at the time when the perfume of the story of the courtesan Marie Duplessis, who died in 1847, six years before the opera was created in Venice, was evaporating. In Traviata - You deserve a better future, the audience is invited into Violetta's privacy to have a close look at the fire to which she abandons herself among the guests of this musical and phantasmagorical celebration that blends theatre and opera, voices that speak and sing, and where the distinction between the instrumentalists and the singers becomes blurred, where Charles Baudelaire is seated next to Christophe Tarkos, and where the phantoms of this Paris in full industrial boom whose future we are living at present, sing and die.