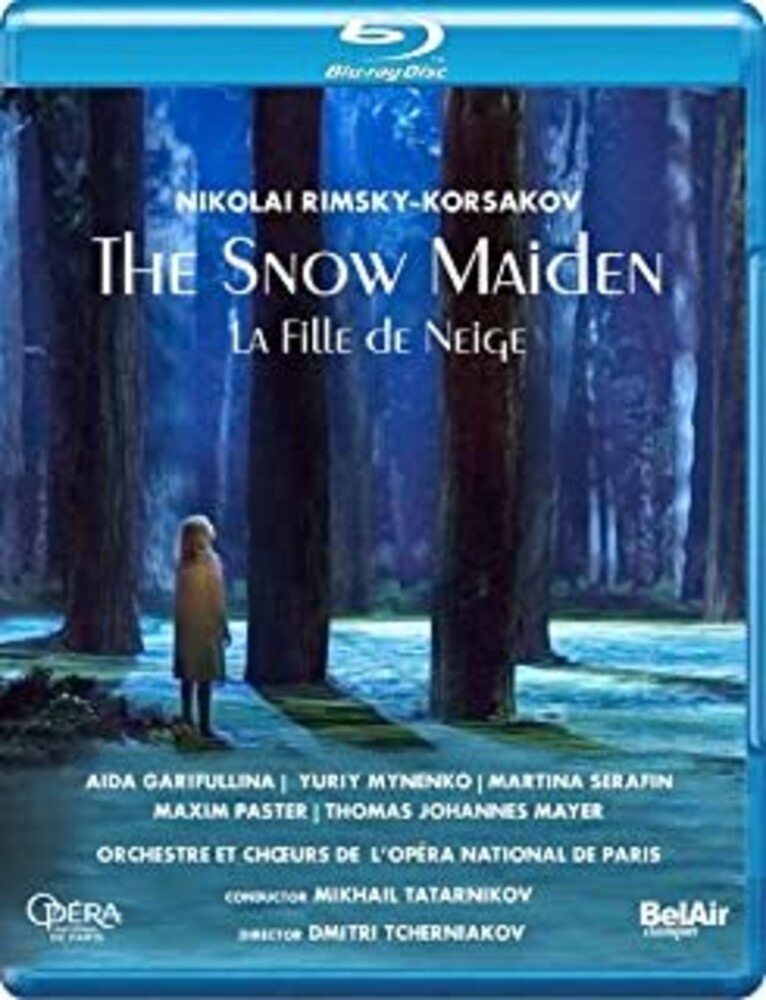 Snow Maiden
Format: Blu-Ray
New: Available to Order - Not In Our Store $29.99
Wish

Snegurochka (Snowmaiden), the daughter of Spring and Winter, dreams of a life amongst the humans; but the bitter Sun, looking for revenge, plans to use the fire of love to make her melt away... The Snow Maiden, Rimsky-Korsakov's third opera, draws it's focus from playwright Alexander Ostrovsky's eponymous play, itself inspired from National folk tales. This literary work was quite unexpected, given that Ostrovsky was better known for his political satires rather than his interest in fairy tales. But the composer found a clever way to spin this paradox, and applied himself in turn to reconcile traditional singing with a creative orchestration, bringing together heritage and modernity. Stage director Dmitri Tcherniakov, a highly regarded specialist in Russian opera, humanizes this marvelous and cruel coming-of-age tale, under the surface of which innocent eroticism and bitter jealousy boil furiously. He also uses this production to draw a parallel between this paradoxical work and the contradictions of modern-time Russia, by transposing the action into an intriguing backward-looking community which, and quite unlike Snowmaiden, does not seem to be quite ready to face the unknown yet