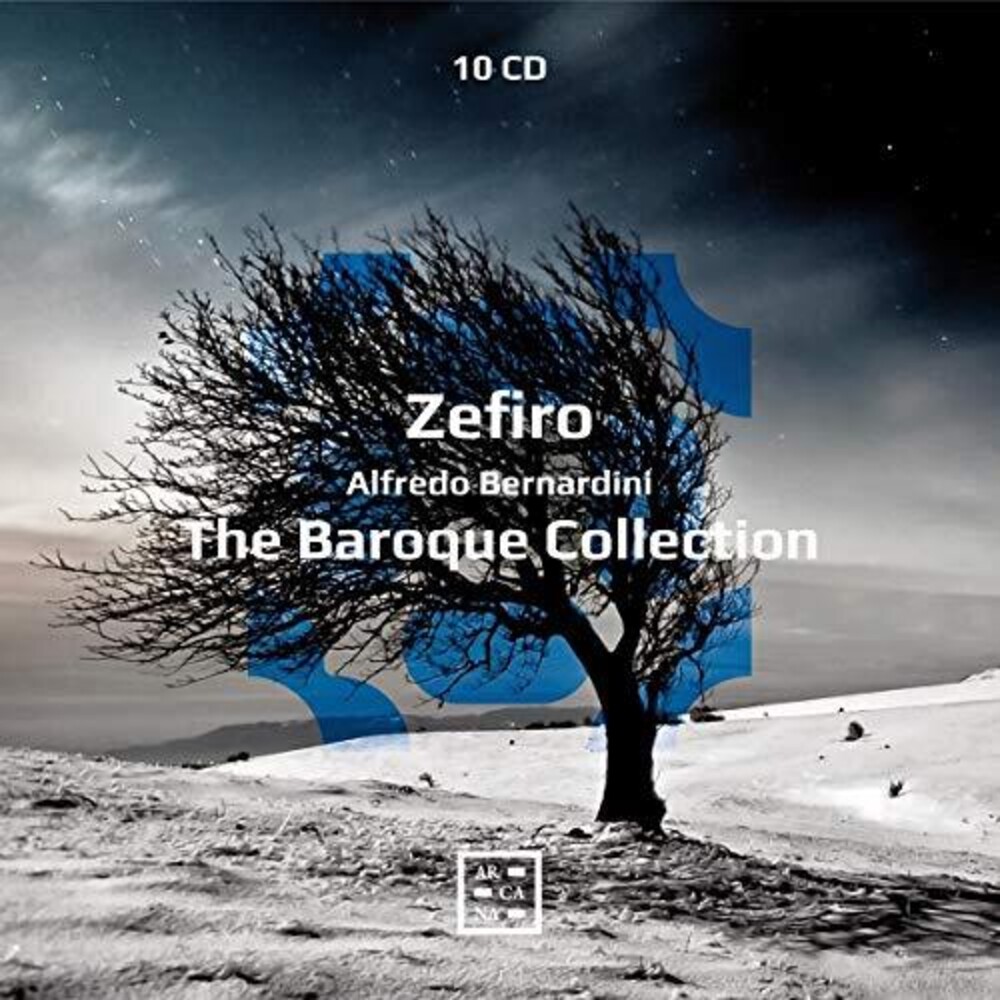 During the summer of 1989, oboists Alfredo Bernardini and Paolo Grazzi together with bassoonist Alberto Grazzi founded Zefiro, a versatile ensemble specialized in 18th century music predominantly featuring wind instruments. Zefiro soon made a name for itself worldwide, and to celebrate it's thirty years of activity Arcana is releasing an elegant 10-album set of their complete recordings of baroque music. From the ensemble's first release (Sonatas by Zelenka - Grand Prix du Disque), the compilation alternates recordings of repertoire composers and pieces that have become absolute points of reference, such as the Vivaldi Bassoon Concertos, Handel's Fireworks (Diapason d'or de l'annĂ©e 2009) or the Bach Overtures (judged by Gramaphone to be one of the 50 best Bach recordings of all time). However it also comprises significant rediscoveries, including the Overtures for Double Choir by Telemann, and the virtuoso wind repertoire connected with the Dresden court. Another precious feature of this magnificent set is the presence of the Fasch Concertos, which were out of print for many years and are finally once more available for our enjoyment.