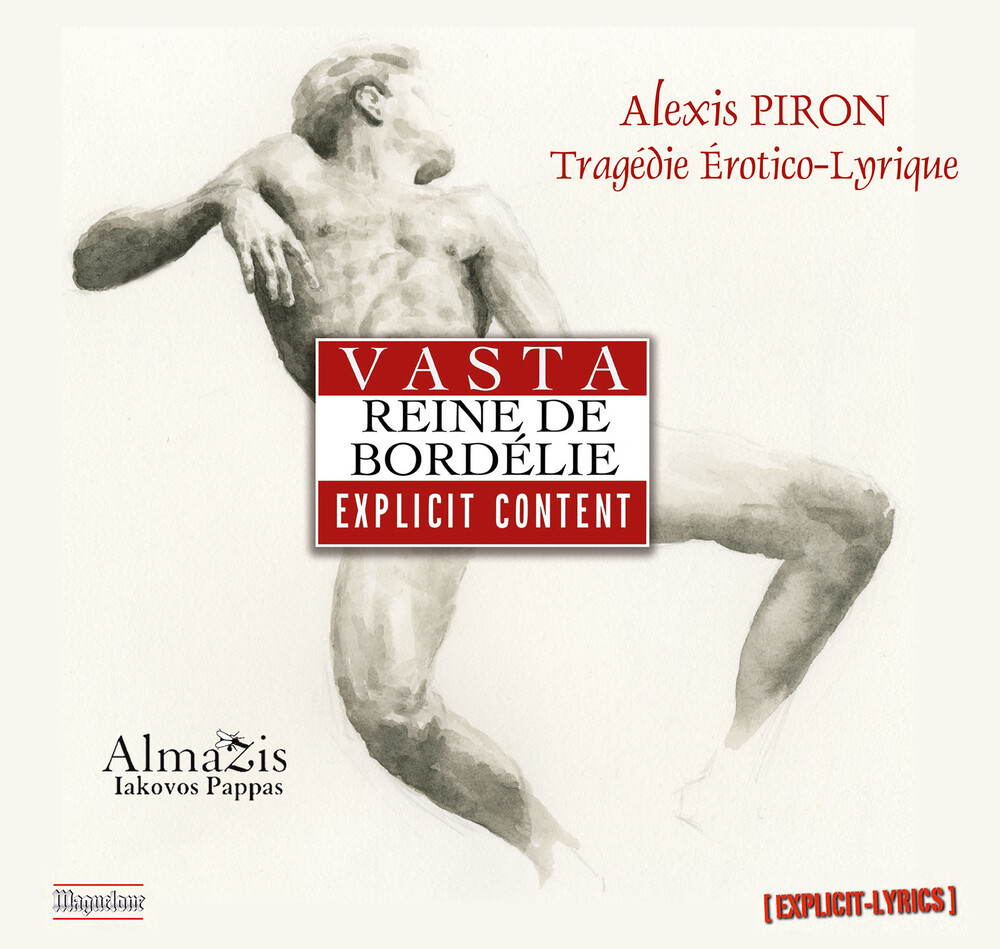 The insatiable and seemingly unstoppable Vasta reigns over Brothelia, imposing her lecherous, merciless rule. She shares Limp-dick with her daughter Cuntilla, but a cruel weariness makes the prince's departure appear imminent. The bawdy or ribald songs of the 18th century demonstrate a liberty which may surprise the modern listener in as much as he has, until now, been exposed to a totally biased image of that period's music. They exist to astound and charm as, at the time, the libertine spirit was synonymous with art, spirit and pleasure... A meeting of theater, poetry and music, Vasta proposed by Almazis presents in all it's brilliance of "SiĂšcle des LumiĂšres" An essential aspect that the prudish 19th century has as deliberately as assiduously obscured.