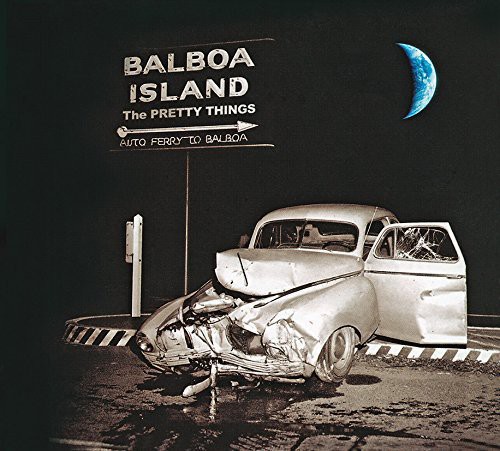 Digitally remastered edition of this 2007 album by the veteran British rockers. Balboa Island, their 11th studio recording, is one of the bands most powerful and critically acclaimed albums. Originally recorded on aged analog equipment, for that superb vintage-edged sound: maximum groove with minimal ingredients. Balboa Island is one of the best records made by this legendary cult band, 40 years into their career at the time of release. A great mix of acoustic blues, R&B, '60s style beat and pop-psych thrown in for good measure. The Pretty Things were the also-rans of the British Invasion, a band that never got it's due. Despite this lack of recognition, they were never quite ignored, cultivating a passionate cult that stuck with them through the decades - a cult that was drawn to either their vicious early records, where they sometimes seemed like a meaner version of the Rolling Stones, or to their 1968 psychedelic masterwork S.F. Sorrow. Some of their fans advocate for the entirety of their catalog, noting how the group adeptly shifted with the times. Despite these shifts in style, they rarely racked up hits on either side of the Atlantic.