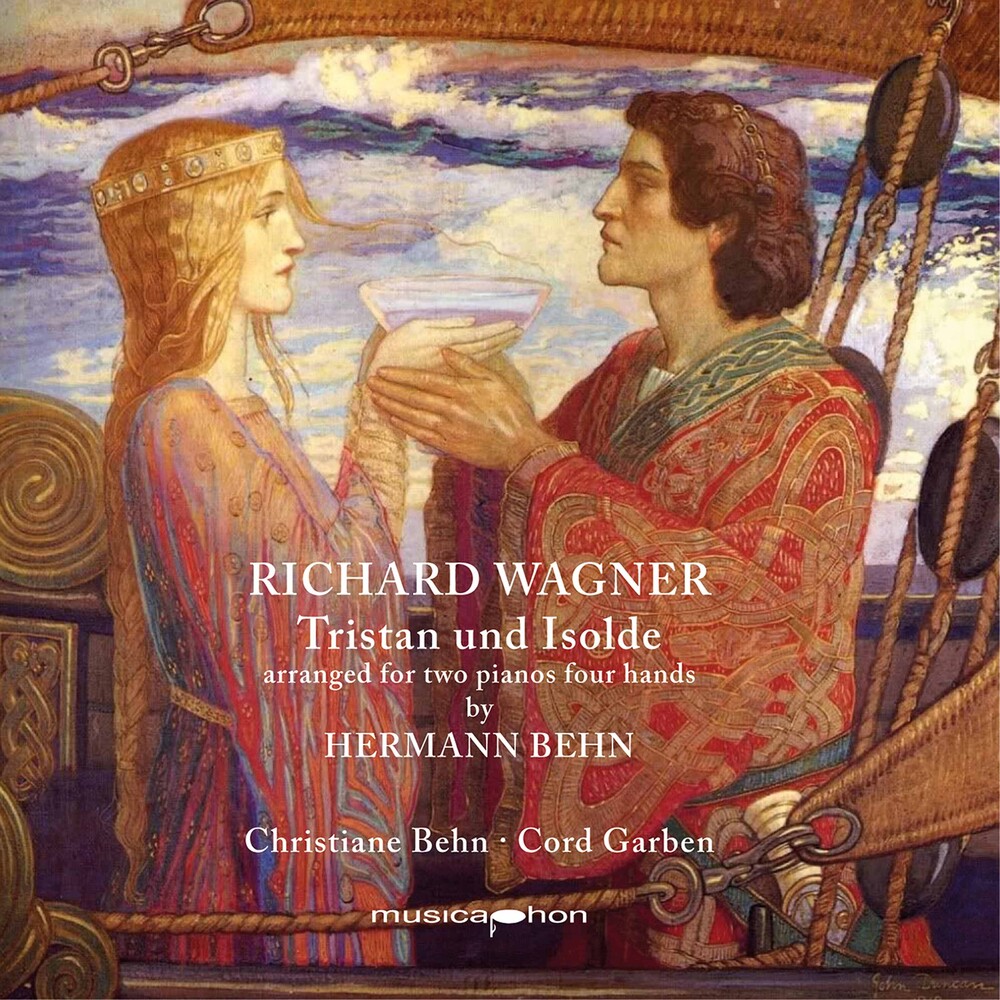 Hardly any other work by a great composer has received as many arrangements as Richard Wagner's musical dramas. It was only a few years ago that Cord Garben found the "50 Symphonic Movements from Richard Wagner's Musical Dramas" in an antiquarian book-shop. They were created by the Hamburg lawyer, composer and patron Hermann Behn (1859-1927) in the years 1914-1917. In his arrangement of Gustav Mahler's 2nd Symphony for two pianos four hands (Musicaphon M56915), Behn used the "usual" procedure - this means nothing more than the distribution of the relevant substance of the orchestral score that is easy for both pianists to play - but he went completely different ways with the Wagnerian dramas. In 1914 he already achieved his typical symphonic sound on the pianos while editing the first fragments of the "Ring des Nibelungen". For this he cleverly used the doubling of chord progressions and downright ludicrously wide fingerings of the left hand, which can only be played at all in a "broken" style, i. e. by quickly tearing the notes from bottom to top. This inevitably leads to deliberate inaccuracies in the correspondence which - with sufficient use of the pedals - lead to a previously unheard richness of sound. Christiane Behn and Cord Garben play Behn's arrangements (excerpts) on two Steinways from 1912, which once belonged to Hermann Behn's cousin Rafael Behn and are now owned by Christiane Behn. Behn once played his own arrangements on these instruments (together with his friend Gustav Mahler and Rafael Behn, among others).