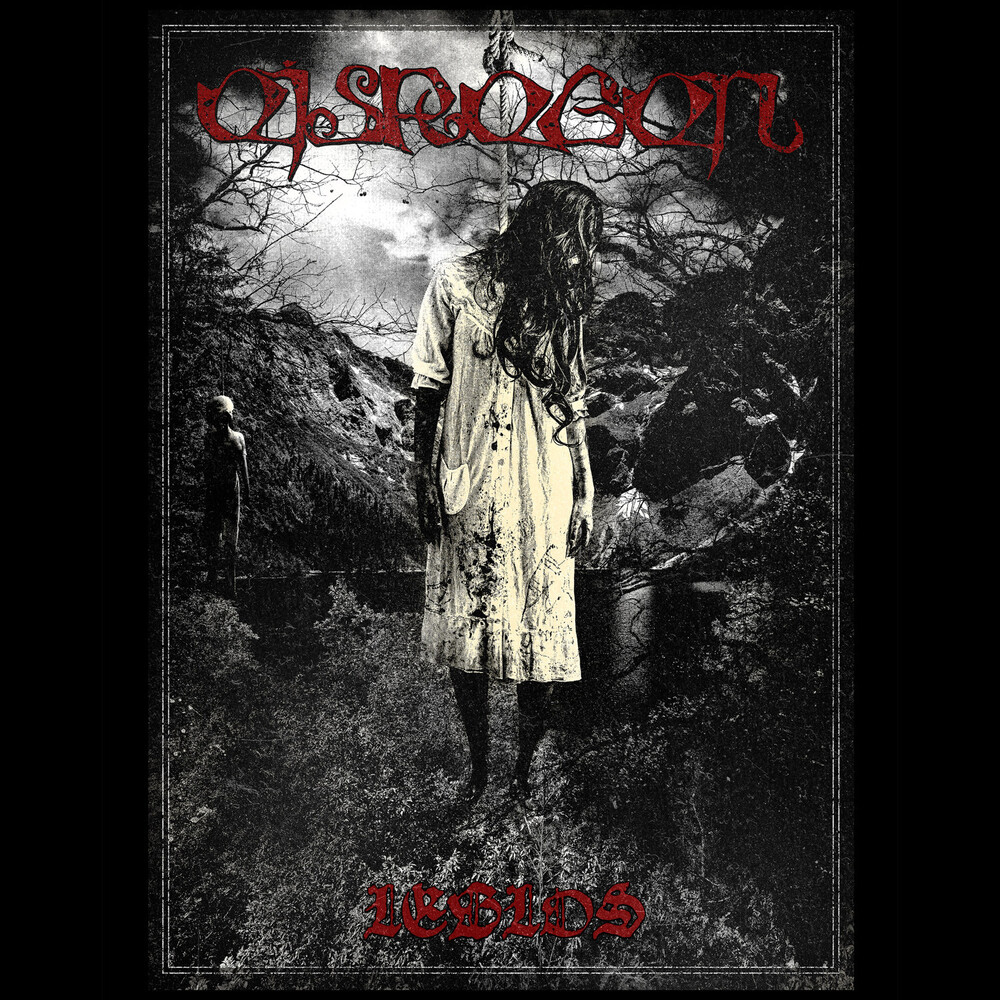 2020 is a very special year for the cult band from Thuringia: Eisregen are celebrating their 25th band anniversary - and the extreme metal outfit celebrates it with the release of their 14th studio album entitled "Leblos", which turned out to be one of their best releases yet! The new album's predecessor "Fegefeuer" (#17, Media Control Charts in Germany) was very well-received by the fans and press alike. "Leblos" aims to do the same and brutally delivers, what people expect from the Thuringians: Radical musical art and morbid lyrics par excellence! "Leblos" showcases M. Roth (all vocals/lyrics) and Yantit (drums/guitars/compositions) at their very best - potential hits galore and songs like "Pechschwarz", "1000 Jahre Nacht", "Mutter schneidet" or "Mein Leichenwerk" will surely make die-hard Eisregen fans smile. The song "DrauĂź' vom HĂ¤uten komm' ich her" ups the ante in terms of morbidity even more. There will soon be a video for the album's title track "Leblos" available on YouTube as well. The album was recorded at Yantit's own HcN-Studio, while long-time friend and sound engineer Markus Stock - who played bass and lead guitars on "Leblos" - took care of the mixing and mastering at Klangschmiede E. Eisregen also once again recruited svartir andar graphix for the cover artwork's design But wait, there's more: Since the main album is dark and grim, "Leblos" will also include a bonus disc with 4 party- and drinking songs to celebrate the band's 25th anniversary in style! To realize it, M. Roth and Yantit formed an instantly iconic project named "RĂ¤udige Rennsteig Rebellen"! Hits like "Deutsches Bierlied" or "GrĂĽnes Herz" invite you to celebrate what the future has in store for Eisregen - with a lot of accompanying drinks, of course! 2020 will also be a great year for Eisregen fans when it comes to live activities: Even though all planned summer festivals attendances were sadly axed, Eisregen will go on headliner tour in Germany this fall/winter, with a very special anniversary set featuring new songs as well as old classics! Looks like Eisregen fans have a lot to look forward to this year, that's for sure!And Eisregen wouldn't be Eisregen, if M. Roth and Yantit wouldn't have started working on this album's successor "ScharfschĂĽtze" already... Death remains a master from Thuringia!