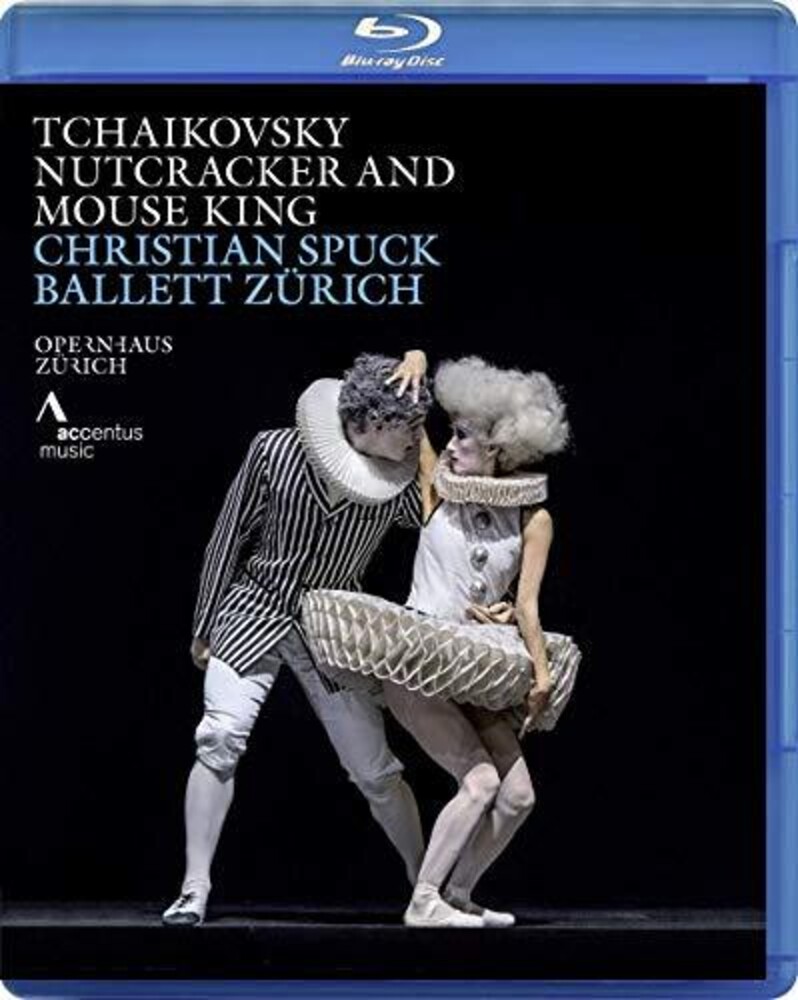 Christian Spuck puts the literary origin at the heart of his choreography of "The Nutcracker and the Mouse King", emphasizing the fantastical nature of the original rather than the delightful Christmas fairytale and bringing back the tale of princess Pirlipat, who turns into a nut monster, as told by E.T.A. Hoffmann. On stage, Drosselmeier's workshop turns into an old revue-theater, where the ballet's characters come to life. Spuck's choreography plays with the richness of characters in Hoffmann's narrative cosmos, the absurdity and overwrought humor that inhabit them, while at the same time looking down into the dark abyss of Romanticism. This production was recorded at the Opernhaus ZĂĽrich April 2018