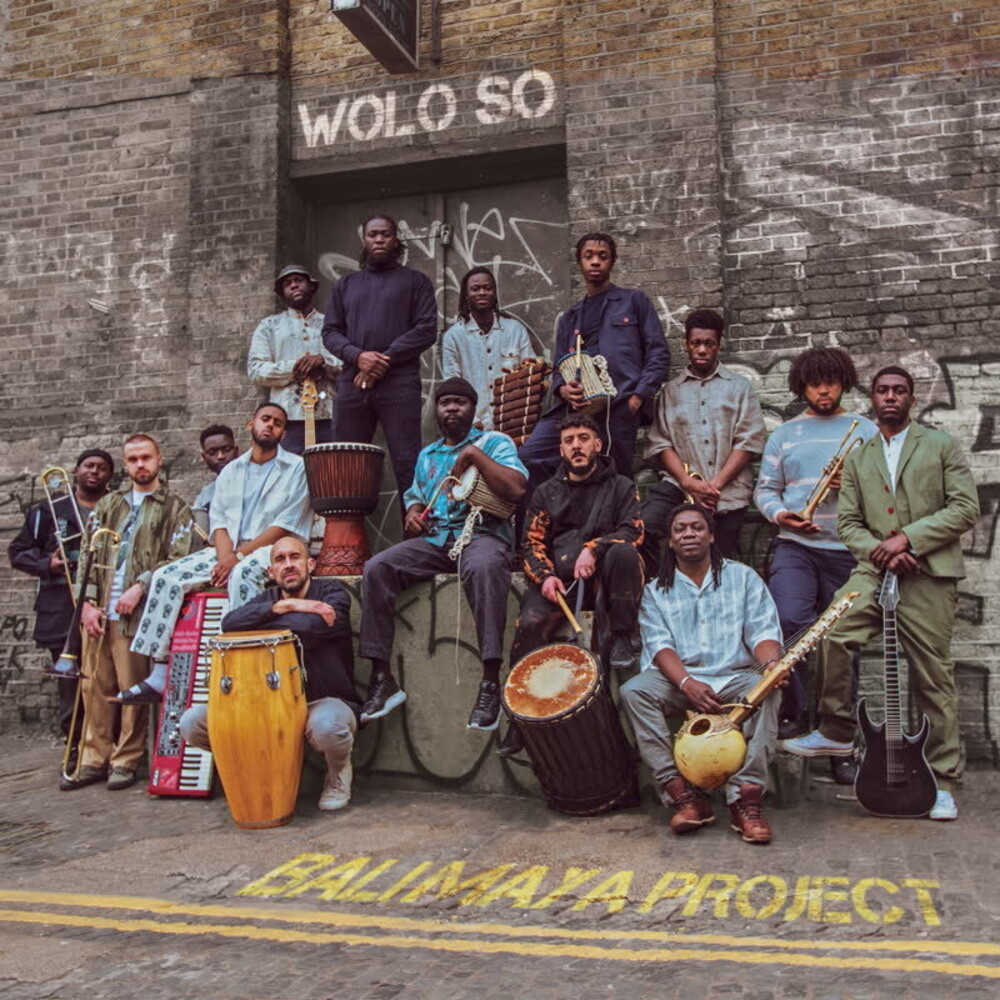 Led by composer/arranger and leading UK-based Djembe player, Yahael Camara Onono and featuring members of bands including Kokoroko and SEED Ensemble, Balimaya Project intently synthesize and bridge London's bustling jazz circuit with traditional repertoire and folklore of the Mande peoples of West Africa, and in turn connect the music's contemporary and ancestral forebears. Their album Wolo So arrives after five years in the making, yet it's roots chart a young percussionist forging a deeper musical identity from even further back. Meaning 'the essence of kinship' in Mande's Maninka language, the word Balimaya articulates a family model not limited to blood relations but of a shared history and experience, of friendship and community, a concept at the heart of Camara Onono's vision for the 16-piece group, declaring that 'it's become a brotherhood.' Like Fela's Egypt 80 or Sun Ra's Arkestra before them, Balimaya Project are a big band unlike any other. Made up of members from across the UK's landscape of Afrobeats and jazz to UK Rap, the idea was to create a fuller sound with many instruments that are used for traditional music. Camara Onono's vision on this project has been to bring together and make emotionally available to each other, young black men in the diaspora and celebrate them in a way that doesn't happen enough. He has brought together people who understand the music of black Britain and of the African continent. Having performed himself with Family Atlantica and Maisha, Camara Onono has recruited musicians including Godwin Sonze (Young T & Bugsey, Juls and Wande Coal) and Moses Olukayode (who performed at Burna Boy's Grammy Awards performance 2021).
back to top