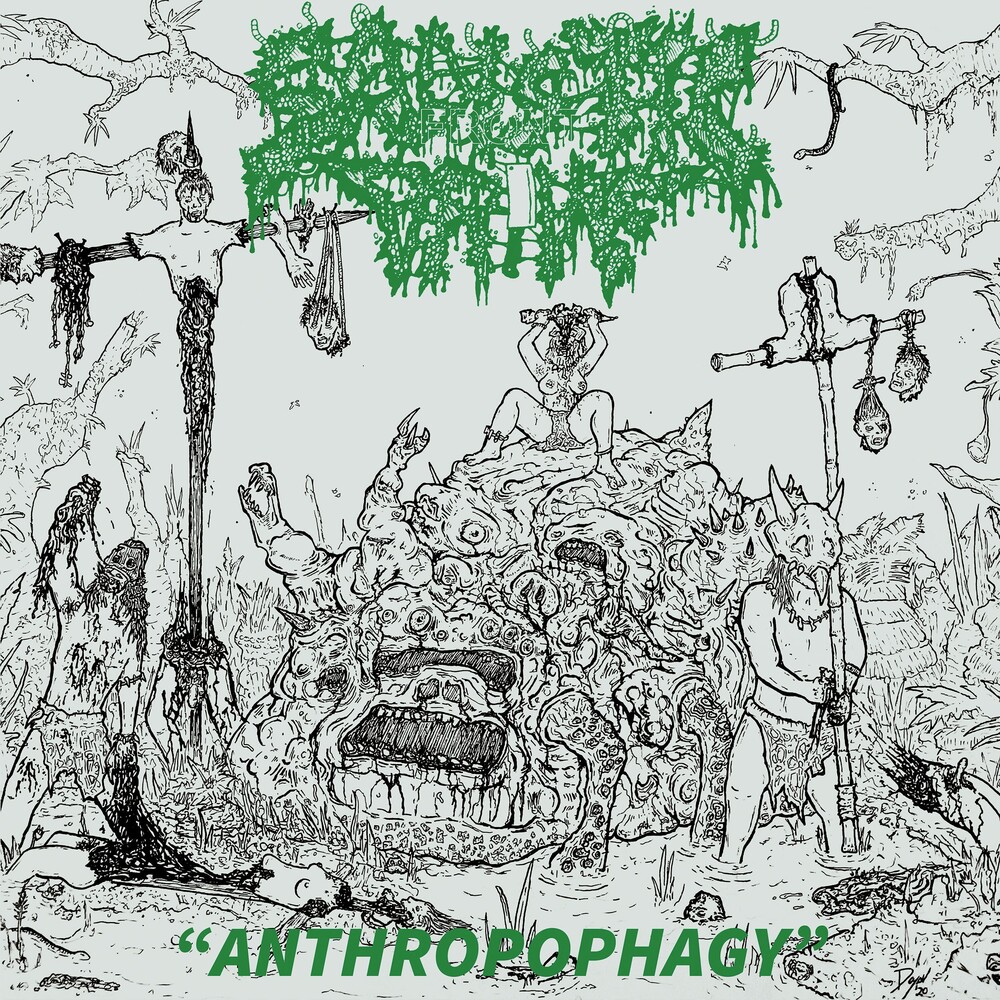 Hailing from the eternal fount of death metal filth that is Finland, SADISTIC DRIVE formed in 2018 and soon released their debut demo, Street Cannibal Gluttony. The title alone spelled out the quartet's aims in no uncertain terms: total death metal depravity, sick and gory and slimy and sleazy! A rough 'n' rowdy rehearsal recording followed the next year, capped by a cover of Discharge's "Maimed and Slaughtered," but the best - and WORST - was yet to come... At last, it arrived in the summer of 2020, in the form of SADISTIC DRIVE's debut album: Anthropophagy. Released on cassette by Headsplit Records and then CD by La Caverna Records, this geyser of grossness is finally getting the treatment is so deserves - VINYL! Indeed, Anthropophagy is one gross slab of depraved DEATH, grinding and D-beating and dizzying and dark, but surprisingly, it's also well-recorded and exceptionally tight. Where so much gore-drenched death metal goes the sloppy route, SADISTIC DRIVE drive deep into death metal classicism and place a premium on actual songwriting: neither "old school" nor new, but rather timeless in it's tried & true tropes... and above all, gross! One can sense a (sadistic) smirk on the band's faces as they dole out their crushing jams, each one as fun as the last, but it's DEATH METAL after all and bound to pound you into a pulp.