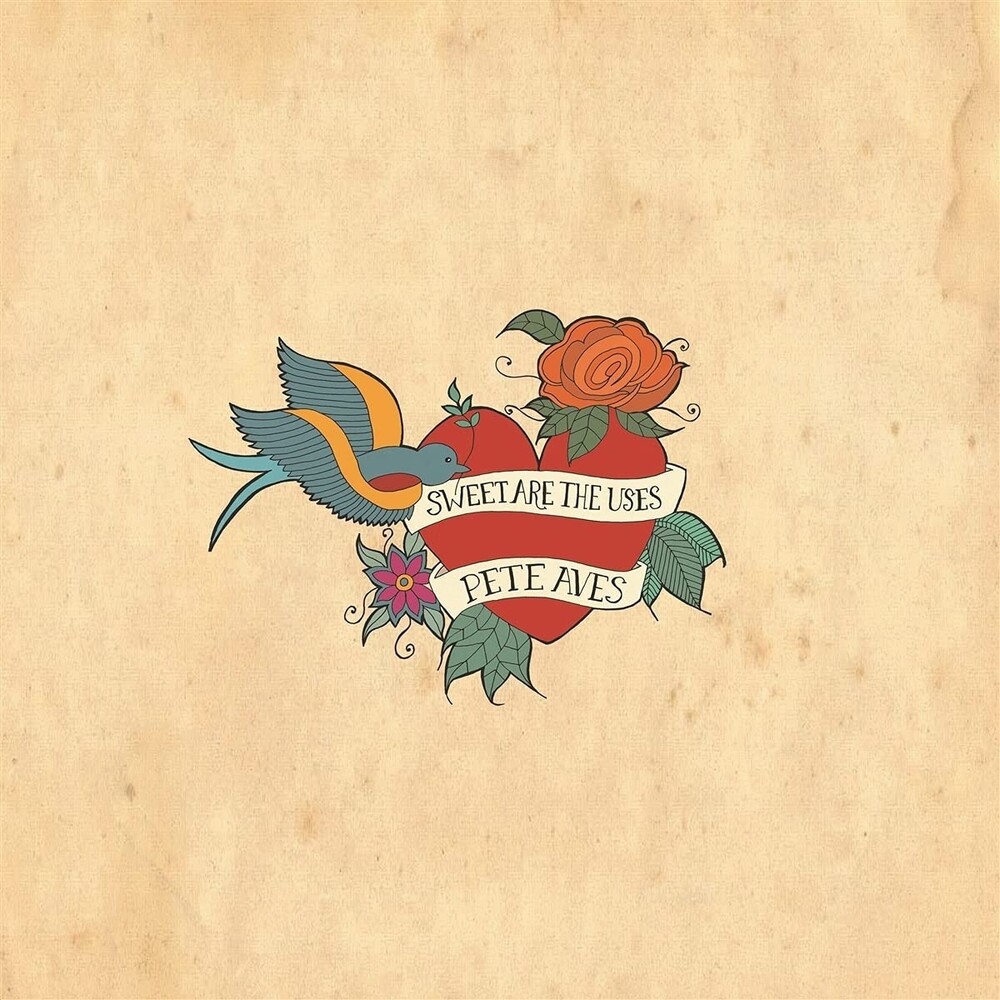 Sweet Are The Uses
Artist: Pete Aves
Format: Vinyl
New: Available to Order - Not In Our Store $33.99
Wish

'Sweet are the uses of adversity, Which, like the toad, ugly and venomous, Wears yet a precious jewel in his head; And this our life, exempt from public haunt, Finds tongues in trees, books in the running brooks, Sermons in stones, and good in every thing.' (Duke Senior, Act ii, scene i, As You Like It). Pete Aves' first album in five years. Following on from 2016's acclaimed See How, Pete's new album was recorded over afternoons spent in his shed, with a pile of instruments, a microphone and a computer. Those afternoons turned into Sweet Are The Uses, the first sounds on which are birdsong and an approaching train segueing into the acoustic whimsy of 'Sanity Project.' That lonesome whistle got Pete thinking about Merle Haggard, one of whose many quotes paraphrased at the beginning of 'Merle Haggard's Blues', with Van Morrison showing up in the outro. 'Market Forces' is the tale of a man trapped in a town that's half Springfield, half Trumpton. A man, to quote Donald Fagen, of roughly my age, height and weight. 'One Hit Wonder Why' is ironically referred to as 'the surefire hit' in Pete's household, featuring his first recorded rap. 'Fauxk Musick' considers the merits of screen-based recreation and having been written in 2017 is notable for it's inclusion of the phrase 'locked down' some years before it became so ubiquitous. 'Plenty More Fish In C' sets matters of the aspirational heart to music. There's a country rock flavour to side one's closer 'Sermons In Stones' before the Allman Brothers get a name check in the blue eyed soul of side two's opener 'Bandstand.' FrĂ¨re Jacques gets a makeover in 'The Cost Of Living', 'All Told' is a prog/gospel mash up and 'Theremin Therein' is a nod to the supporting cast who appear in the credits of every well scripted life. 'Jill Had A Friend' is a true story of everyday clairvoyance, after which a lock-in and a 4am game of chess take us back to the pub in 'Less Is More, More Or Less.' Pete was very sad to learn of the death of Neil Innes in 2019. They say you shouldn't meet your heroes but he got to meet and work with Neil in 2017 and loved every minute of it. They met several times after that and the phrase 'muck and bullet' was never far from his lips during accounts of recent events chez Innes. The album's closing 'Muck & Bullets' is Pete's tribute to the great man. Sweet Are The Uses, once again, exemplifies Pete's sophisticated musical talent, ear for an unusual melody and literary lyrical wit and warmth at chronicling the human condition. Ide from his solo output Pete has played guitar with the High Llamas for many years and worked with Lee Hazlewood, Petula Clark, Nick Lowe, Shirley Collins, The Lost Ladies Of Folk and Harry Hill among others. As a songwriter he has always followed his own path. Praise for Pete's previous albums: *MOJO // * Q Magazine // * Record Collector.
back to top