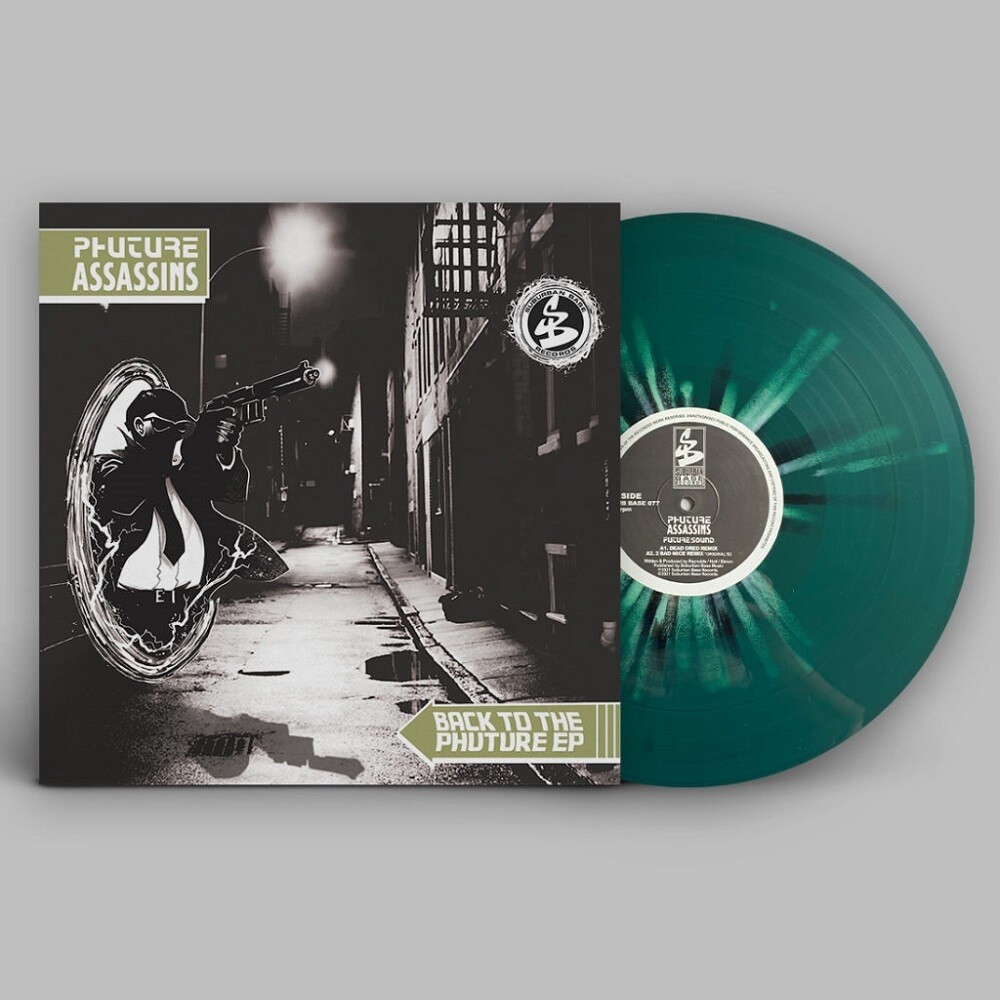 We are going back to the Phuture with this incredible package of exclusive 'Future Sound' mixes which has something for everyone! The very first release, before there was Suburban Base, was a Boogie Times release which didn't even carry a label name or logo... BOOGIE 001 under the artist name 'Phuture Assassins' became the record that really did start it all. So what is more appropriate than the next release in a continued order of catalogue numbers for the whole new era of Suburban Base than a Phuture Assassins release as SUBBASE 77 to continue your collection. Leading with the unreleased Dead Dred '95 Dubplate which was considered a 'lost DAT' until it was recently unearthed amongst the archive of masters in Sub Base storage. You can imagine how excited we were to rediscover this and were able to save and remaster it for release. This was intended as part of a remix package that never ended up being released and was only available to a selected few as a Dubplate, that is, until now. Alongside it we have included the 2 Bad Mice remix, which is now considered not only a classic but it is also the definitive mix of 'Future Sound', for those of you that were looking for a reissue. It's been expertly remastered to superb quality. You wanted a brand new remix? Mark XTC & Exile's 'Future Sound' 2021 Remix brings the 1992 future to the 2021 present! They have given the timeless Suburban Base classic 'Future Sound' the remix treatment, producing 'raise your lighter' moments in their inimitable style, drum and bass with deep subs, whilst still keeping to the original vibes of this classic. And completing the package is a version from the legendary Cause4Concern, their remix of Future Sound was only ever promo'd and despite receiving critical acclaim and extensive club play it never saw a full release. Now it's being fully unleashed in beautifully re-mastered form. This release has it all, unreleased 'lost' mixes, remastered reissues, brand new remixes, beautiful special effect vinyl for the entire pressing run, all wrapped up in one of the most stunning original Nodz artwork sleeves ever created, an Assassin from the Phuture emerging from a time travel wormhole firing Sub Base Bullets!