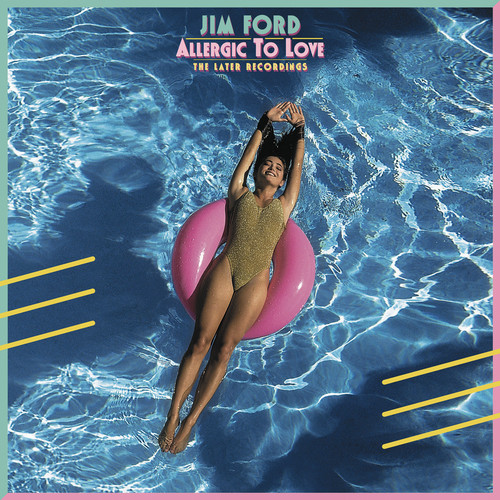 When Bear Family's L-P Anderson discovered the long lost and mythical country-soul icon, Jim Ford, in a Mendocino County trailer park back in 2006, we got to hear his full life story which is more thrilling and adventurous than most Hollywood manuscripts. We also found stacks and stacks of master tapes and demos that Ford stored in a pile of old clothes on the floor of his trailer. The recordings are of extraordinary quality. To this date Bear Family has released five albums containing material compiled from this musical goldmine. 'Allergic To Love' is the sixth installment in Bear Family's 'Jim Ford resurrection campaign series'. The time is ripe for some truly fabulous mid-'80s recordings. Jim told us that Sly Stone is featured on some of these tracks. The production is awesome, and so are the songs. Prepare yourself for a musical trip way-out of this world. Previously unreleased - another 'lost' full-length album. First, unique opportunity to hear what Nick Lowe so rightfully described as "like Barry Manilow reaching for a new brilliant horizon". Culled from the tapes found by Bear Family Records in Jim Ford's mobile home in Mendocino County, California. Re-mastered from the original tapes and pressed on 180 gram vinyl, housed in a deluxe sleeve. Awesome production from the 1980s. From the maker of the legendary 'Harlan County' album and five more top selling anthologies on Bear Family.