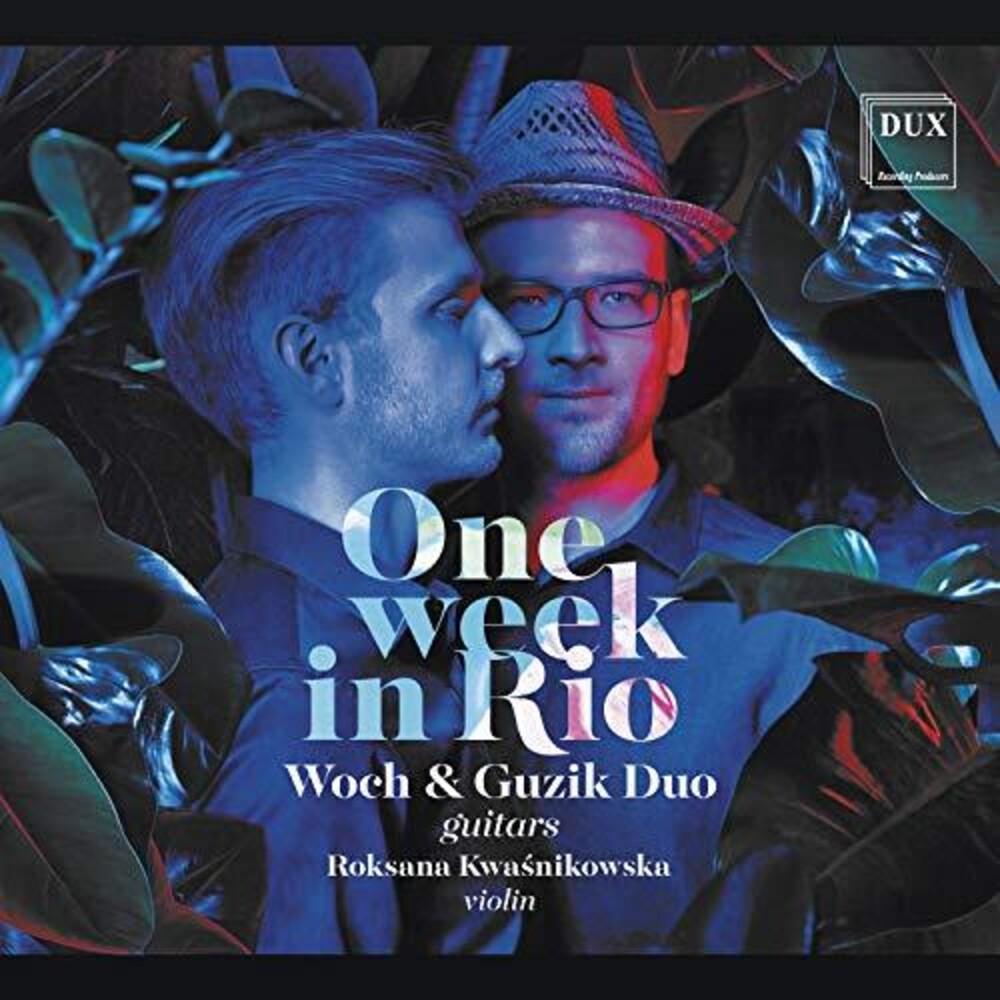 ONE WEEK IN RIO is the phonographic debut of the duo, as well as the world premiere of two exceptional pieces. The title suite, written by SĂ©rgio Assad, and a new version of the History of Tango by Astor Piazzolla. Adam Woch and Robert Guzik are one of the most interesting guitarists of the young generation in Poland. They have made their common debut in one of the most prestigious concert halls in the world - Carnegie Hall in New York. Their debut album consists of two world premieres: the seven-movement suite One Week in Rio by SĂ©rgio Assad, composer and guitarist of the legendary Assad Brothers duo and the famous History of Tango by Astor Piazzolla in a completely new version for violin and two guitars, recorded together with Roksana Kwasnikowska. The remaining repertoire is complemented by works by Latin American composers, which have been the most popular during the last years at the concerts of the ensemble.