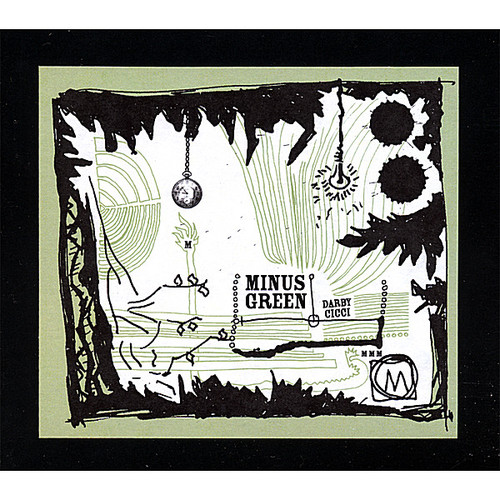 Minus Green
Artist: Darby Cicci
Format: CD
New: Available to Order - Not In Our Store 12.98
Wish

Multi-instrumentalist Darby Cicci (age 24) has created a haunting and melodic work in his solo self-released album, Minus Green.? Combining elements of 60s pop and psychedelic rock, Cicci is heavily influenced by artists such as Elliott Smith, Syd Barrett and Neutral Milk Hotel. A minus green? filter is a photographic filter used to remove the sickening green glow caused by fluorescent lighting. The album has similar themes of personal attempts to filter out nightmares, drug abuse and illness. Brooklyn based Cicci began writing music as a jazz trumpet player and wrote Minus Green? mostly from the hours of midnight to 6 AM. Cicci recorded every instrument on the album, using borrowed mics and equipment found on Manhattan sidewalks, discovering that the best things are thrown away on the Upper West Side.