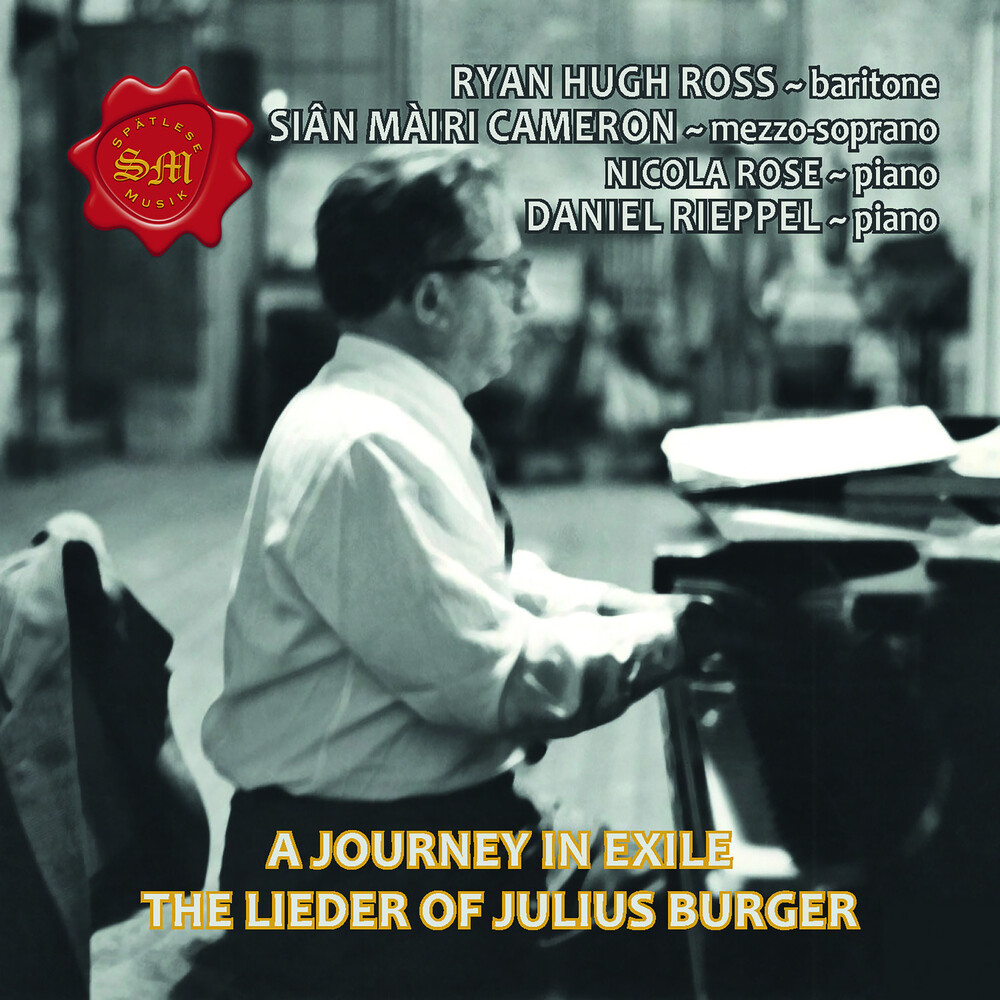 Julius Burger was a gifted Viennese musician, conductor, repetiteur, and composer poised to make his mark on early 20th Century music, that is, until the rise of antisemitism and the Nazi party forever altered his life and took him on a journey in exile, across continents and cultures, and would come to reflect the very themes of Romanticism which he cherished. Burger's varied career took him from Berlin Radio and the Kroll Opera house to the burgeoning BBC and later working with Columbia Records as well as a long tenure at the Metropolitan Opera where he coached some of the greatest voices of the 20th Century. But it wouldn't be until he was in his 90s that he would finally fulfill a lifelong dream of hearing his own compositions performed. This album represents the first ever recordings of Julius Burger's lieder, spanning from 1915 to his final piece in 1988. These lieder show a master of his craft and a legacy from a world which was thought to have been lost. A life in exile is a heavy burden to bear and, where many lose their artistic purpose, Burger persevered. According to those who knew him, Julius Burger considered his works to be his children, having no offspring of his own. It is our hope that with this album, his children will finally step off the faded manuscript pages and into the world.