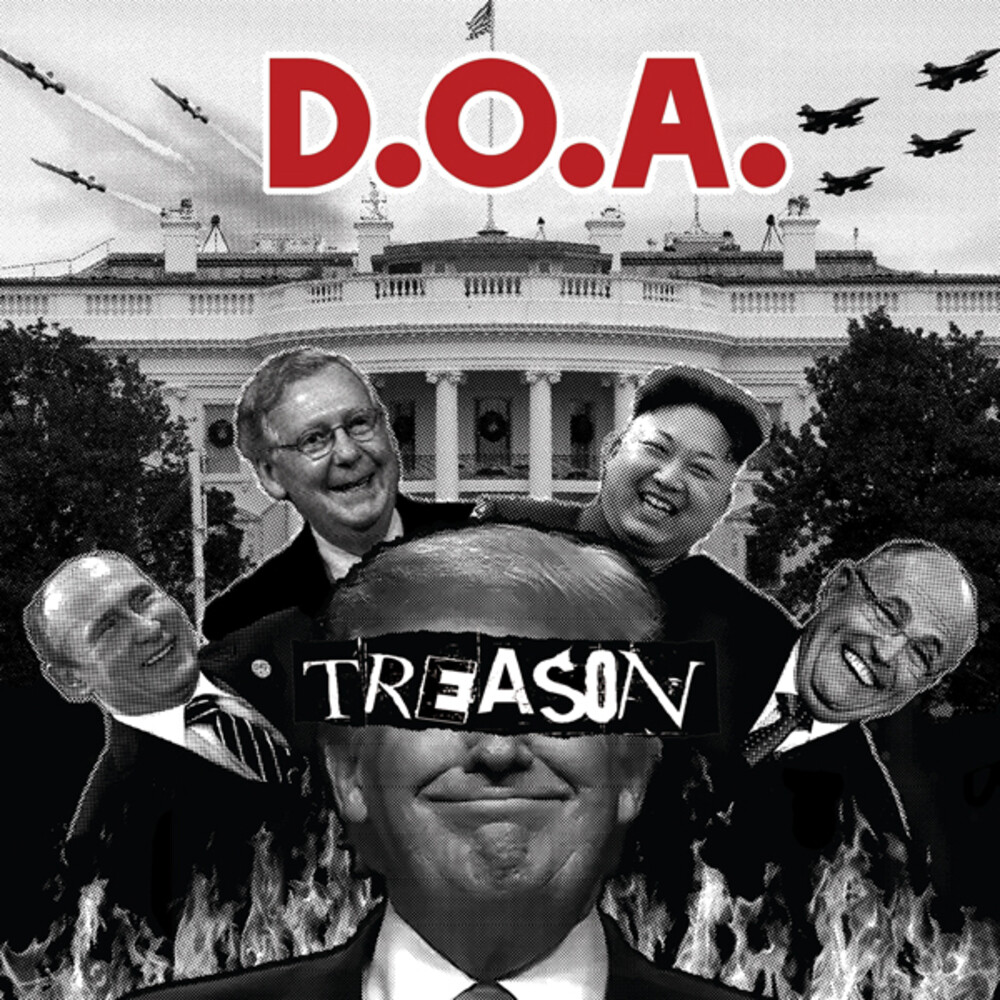 If an actor or a reality show host can become President and wreak havoc around the world, then surely musicians have a time honored duty of reacting to that and speaking up for regular people. Punk rock legends D.O.A. have decided to do just that. That's the reason for the new D.O.A. album: Treason.Joey Shithead Keithley, Canada's Godfather of Punk, has been getting sick of the dismaying news coming out of world capitals like Washington, Moscow, Beijing, Tehran, Pyongyang etc., so he decided to come up with D.O.A.'s musical reaction to this crap. So here it is: Treason-it's the band's eighteenth album. It takes off in full frenzy with "All The President's Men"-"It's time to put them in the pen." Then the band quickly launches into a modern punk anthem, "Wait Till Tomorrow", a look at the brutal treatment of refugees.But never lost on D.O.A. is that part of their mantra that is punk rock humor, hence they have spawned: "It Was D.O.A.", an uproarious piss-take on unsuspecting musicians that will soon learn the tough lessons of the road: the D.O.A. members themselves. Of course with an album named Treason one would expect some comment on President Donald Trump. So the Men of Action have taken one of their all-time classics and come up with new lyrics. They have reworked "Fucked Up Ronnie", the result is "Fucked Up Donald" and it's a blistering 73 seconds of mayhem! There's also an absolutely ripping version of fellow Canadian Neil Young's "Hey Hey, My My". On Treason D.O.A. pulls no punches and nor should they. This is an uncontrollable punk rock riot that seems to breathe fire, the way punk was meant to be.