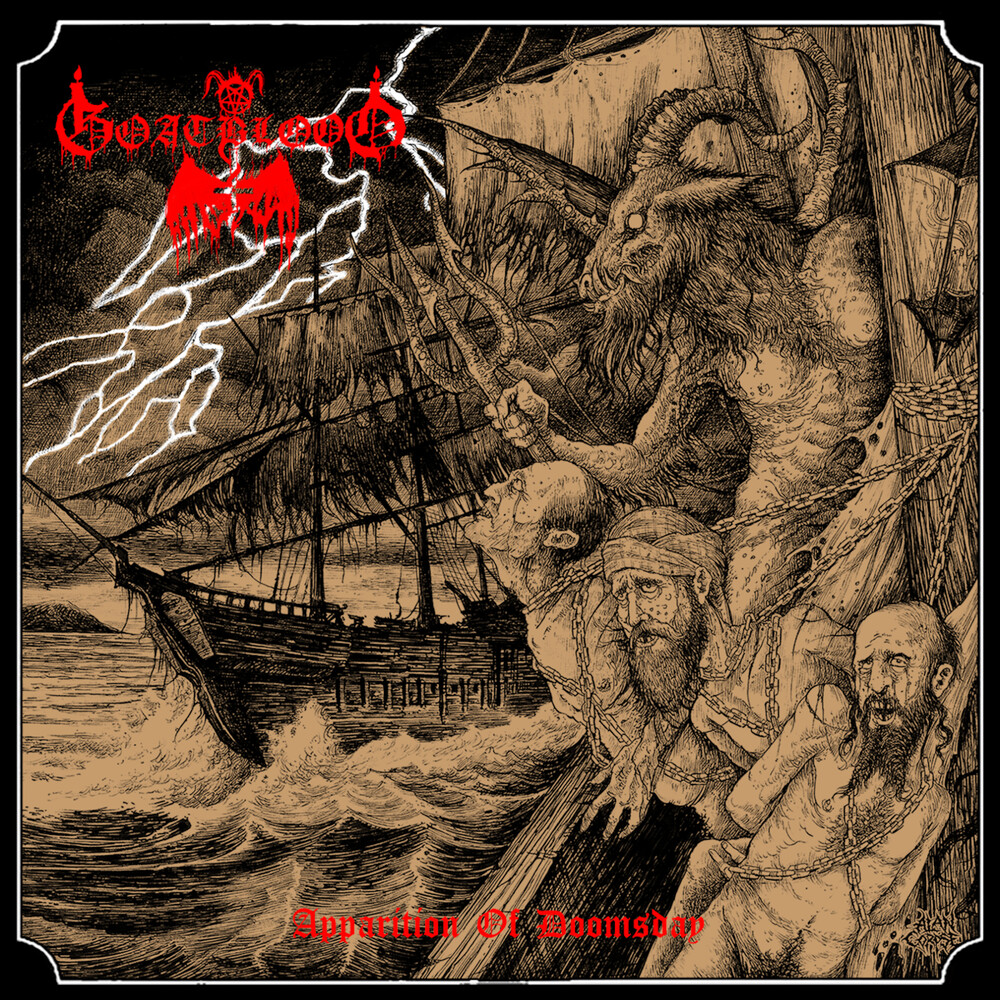 Apparition Of Doomsday
Artist: Goatblood
Format: Vinyl
New: Available to Order - Not In Our Store 29.99
Wish

For the eight years now, this chains- and bullet-bedecked power-duo have been polluting the metal underground with their belligerent brand of bestial black/death. A handful of demos as well as a split were vomited forth before Goatblood's momentous debut album, Adoration of Blasphemy and War, in 2015. Ever aptly titled, Adoration of Blasphemy and War soundly put the German band on the international map, and proved that new, gnarly twists can be made to the rigorous bestial metal template. Not ones to rest on their by-now-considerable laurels, Goatblood are back with LP#3, Apparition of Doomsday. Ever aptly titled, Apparition of Doomsday is indeed a more pronounceably doomed-out face of these Teutonic beasts, but one no less frightening. Whereas Goatblood's previous two full-lengths kept to a many-tracks/short-length schematic - in essence, nodding to nascent grindcore like early Blood, Extreme Noise Terror, and Doom as they do to bestial progenitors Blasphemy and Beherit - here on Apparition of Doomsday do the duo blackgrind with the best of them, but often (and DEVASTATINGLY) downshift into righteously crushing 'n' hypnotic moments most Archgoated. As such, there's still a hefty number of tracks (14 compared to it's predecessor's 18), but this significant shift is echoed in the new album's more-flexed length of 46 minutes. During it's duration, Goatblood once again offer a surprising variety of songcraft, from martial bestiality to pounding primitivism to even bestialized death and pig-fucking gore, always leaving the listener lacerated and excitingly so. Also once again, the band deliver a professional 'n' powerful production, unlike so many of their poverty-level peers, with mixing & mastering handled by M. Dahmen at Liquid Aether Audio. Completed by unforgettable artwork courtesy of the masterful Alan Corpse, Goatblood's Apparition of Doomsday is bound to set a new standard for bestial metal!