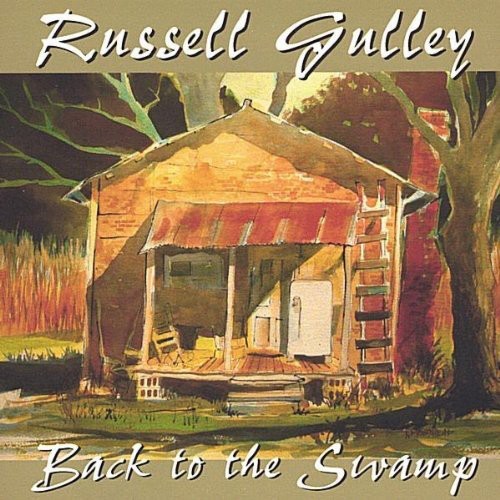 Back To The Swamp
Artist: Russell Gulley
Format: CD
New: Not in stock
Wish

With the release of his new CD, Back to the Swamp, Muscle Shoals music veteran, Russell Gulley revitalizes his recording career after a silence of more than two decades. His last release was in 1981 on MSS / Capitol Records with the Shoals-based Southern rock band, Jackson Highway, and his current one is a return to the roots of the music that has always influenced him most - a funky mix of Americana, blending blues, rock, country and gospel. Recording Back to the Swamp has reunited Russell with two former bandmates: his brother, Dennis Gulley, and Tommy Patterson. Together with Patterson on harp and Dennis on guitar (and as producer), Back to the Swamp is like a long awaited family reunion. Rounding out the sessions are guest performances by former Allman Brothers Band member Johnny Neel, Chris Anderson of The Outlaws and Blackhawk, Shane Sutton with the Gary Allen Band, and other members of the Straight Up Sound Recording family in Nashville. All of the songs on the Back to the Swamp CD are either originals or have been chosen for their connection to the Shoals Tradition. Several are autobiographical, such as the title track, 'Back to the Swamp', along with an acoustical remake of 'Piece of Good Earth', the first single released by Jackson Highway on the MSS label in 1977. One other title, 'The Gospel According to the Blues', is an a cappella performance that deals with intercultural influences as experienced by Russell as a young boy on the streets in his hometown of Fort Payne, Alabama. There he saw the Blues personified in the town's legendary street sweeper, 'Uncle Bud'.