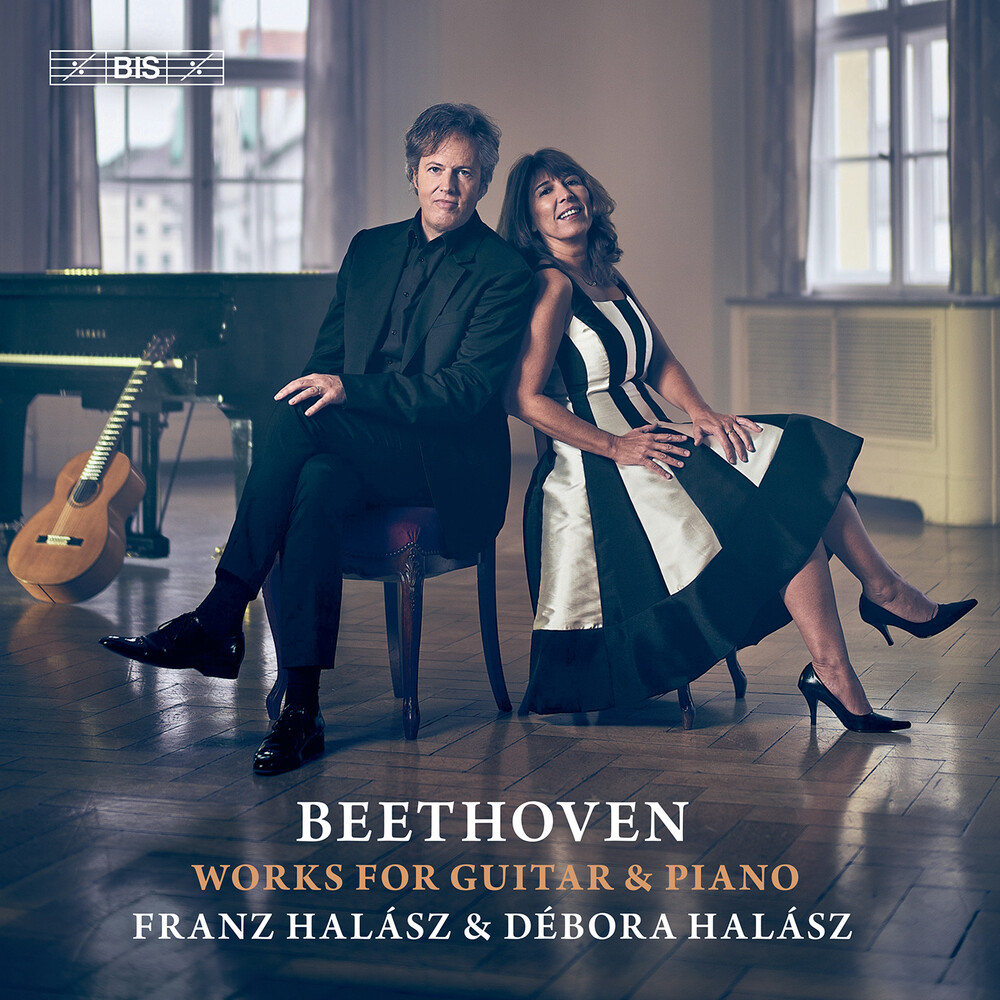 Around 1800 Vienna was, alongside Paris, one of the European centers for guitar performance. The instrument was well suited for the idiom of Viennese classicism and ideal for domestic music-making and it was promoted by figures such as the virtuoso Mauro Giuliani and the composer/publisher Anton Diabelli. But Beethoven, the towering giant of musical Vienna, seems to have been unmoved by the charms of the guitar - while instead composing for it's sibling, the mandolin. Duo HalĂˇsz, the husband and wife team of Franz and DĂ©bora HalĂˇsz have now rectified this, by appropriating Beethoven's four extant pieces for mandolin and piano (WoO?43 and 44) as well as adapting some other early compositions, including the Serenade in D major for flute and piano and the Variations on Mozart's 'Se vuol ballare' for violin and piano. In doing so they follow the example of an eminent guitarist and contemporary of Beethoven, namely Ferdinando Carulli, whose 1825 arrangement of the Variations on Mozart's 'Ein MĂ¤dchen oder Weibchen' closes the programme. Franz and DĂ©bora HalĂˇsz have made a number of recordings for BIS, together and separately, to critical acclaim, including a Latin Grammy Award for their disc Alma Brasileira with chamber works by RadamĂ©s Gnattali.