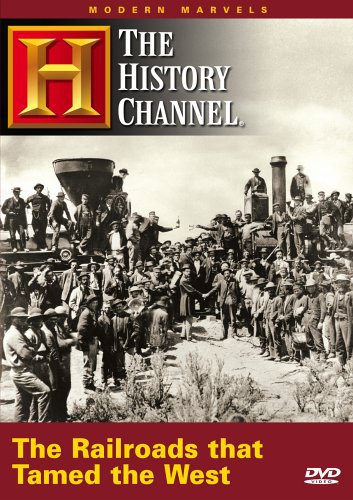 For many in 19th century America, the West offered seemingly limitless bounty - gold, silver, and land - and immeasurable opportunity. In 1869, one of the greatest building achievements in history allowed a means of getting there: The Transcontinental Railroad. Yet for the stalwart settlers willing to risk everything to attain their dreams, the West was far from conquered. Travel on the primitive railway was dangerous and often deadly - bandits, renegades, and hostile tribes threatened every trip. Thousands of miles of new track needed to be laid through untamed wilderness which would eventually open the West to commerce and civilization. Explore the comprehensive history of the Western railroads through rare photographs, spectacular recreations, and expert interviews. From the early gun battles to the engineering triumphs that finally mastered the hostile terrain, MODERN MARVELS presents THE RAILROADS THAT TAMED THE WEST.