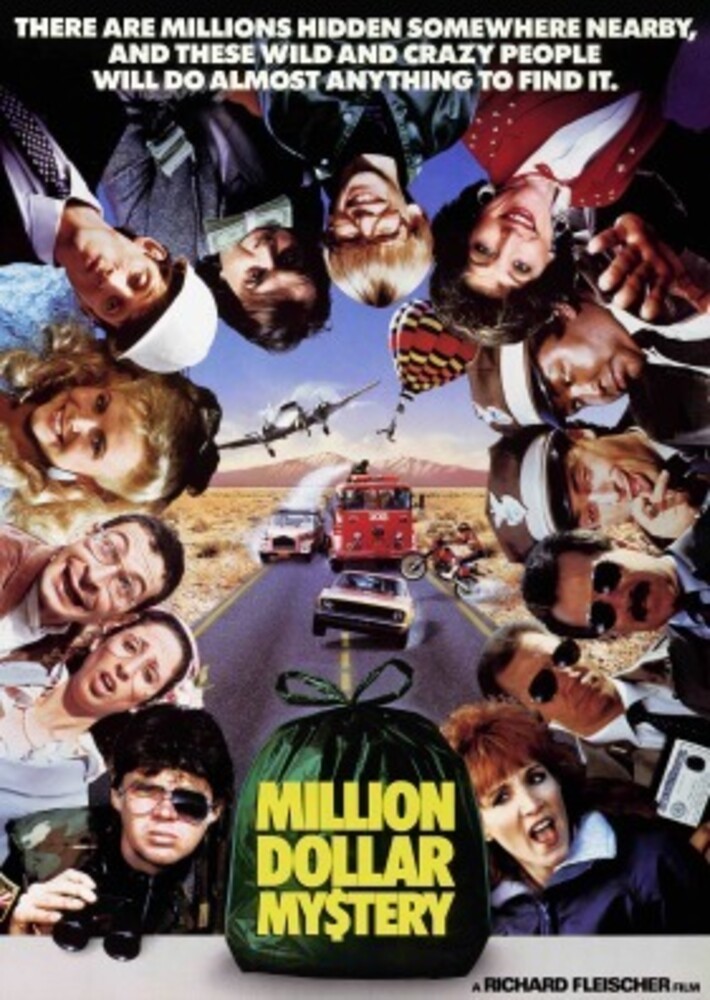 Just before one of the patrons (Tom Bosley) in an Arizona diner dies of a heart attack, he tells the other customers and employees he's stolen $4 million and stashed it in million-dollar portions in four places. Now, two newlyweds, a singer and his back-up dancers, a pair of pro wrestlers, and others must follow a series of clues as they embark on a wild adventure in search of the loot. Richard Fleischer's wacky comedy (his last feature film) co-stars Eddie Deezen, Wendy Sherman, Rick Overton. 95 min. Widescreen; Soundtrack: English; Subtitles: English; audio commentary; theatrical trailer.