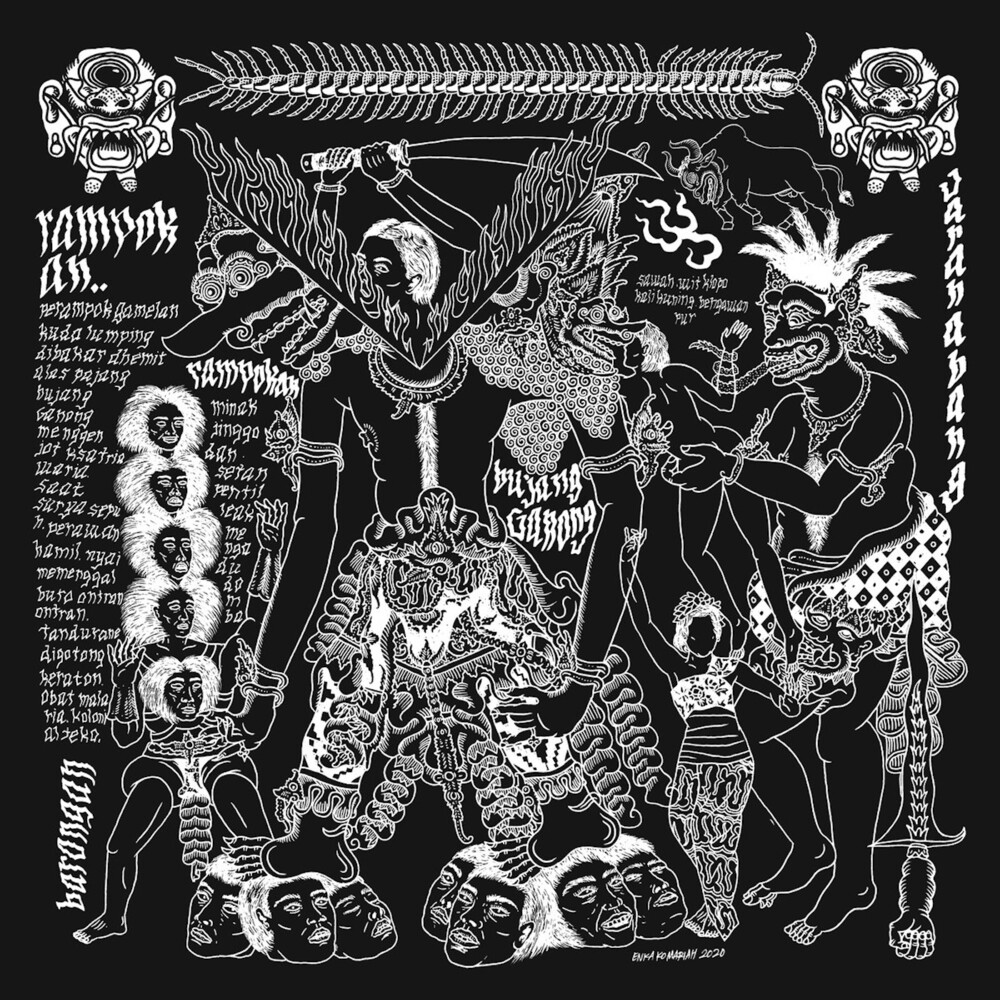 Raja Kirik is Indonesian duo Yennu Ariendra and J. Mo'ong Santoso Pribadi, two radical artists who draw on Java's rich cultural traditions and it's history of struggle against colonial oppression to create music that surprises, challenges and educates in equal measure. They root their music in the sound of shamanic trance dances, specifically the Jaranan, or Jathilan, a Hindu-Buddhist-era dance from the 11th Century that symbolizes the ways common people could overcome their rulers using evasion and agility. "Rampokan" is Ariendra and Pribadi's second album and is inspired by centuries of cultural resistance in Java. When Dutch traders established a colonial presence on the island at the end of the 16th Century, the Javanese used traditional dances to express their opposition. Raja Kirik express this historical friction with a mind-bending fusion of traditional Indonesian percussion, digital noise and overdriven Dutch hardstyle. The album roots itself in the stage of Jaranan performance where the players become possessed, connecting to their subconscious mind and the body's collective memory and trauma. Ariendra and Pribadi reflect this by dousing evocative microtonal clanks from their arsenal of home-made instruments in expertly designed digital noise, and stringing the disparate elements together with the oppressive pneumatic pressure of high-BPM, warehouse-ready kick drums. Like the trance dances that inspired them, these tracks evolve and cycle from misery to ecstasy, spinning distinctive narratives with rhythm, texture and repetition. The album title is taken from "Rampokan Macan", a colonial-era arena battle between spearmen, criminals and wild animals. The ceremonial fights were provided to illustrate the strength of the Javanese Royal Kingdoms in the face of the Dutch East Indies government; Raja Kirik's sophomore album is a similarly lavish display, offering a charged confrontation of IDM, hard dance music and traditional sounds that spits fire into the face of tyranny.
back to top