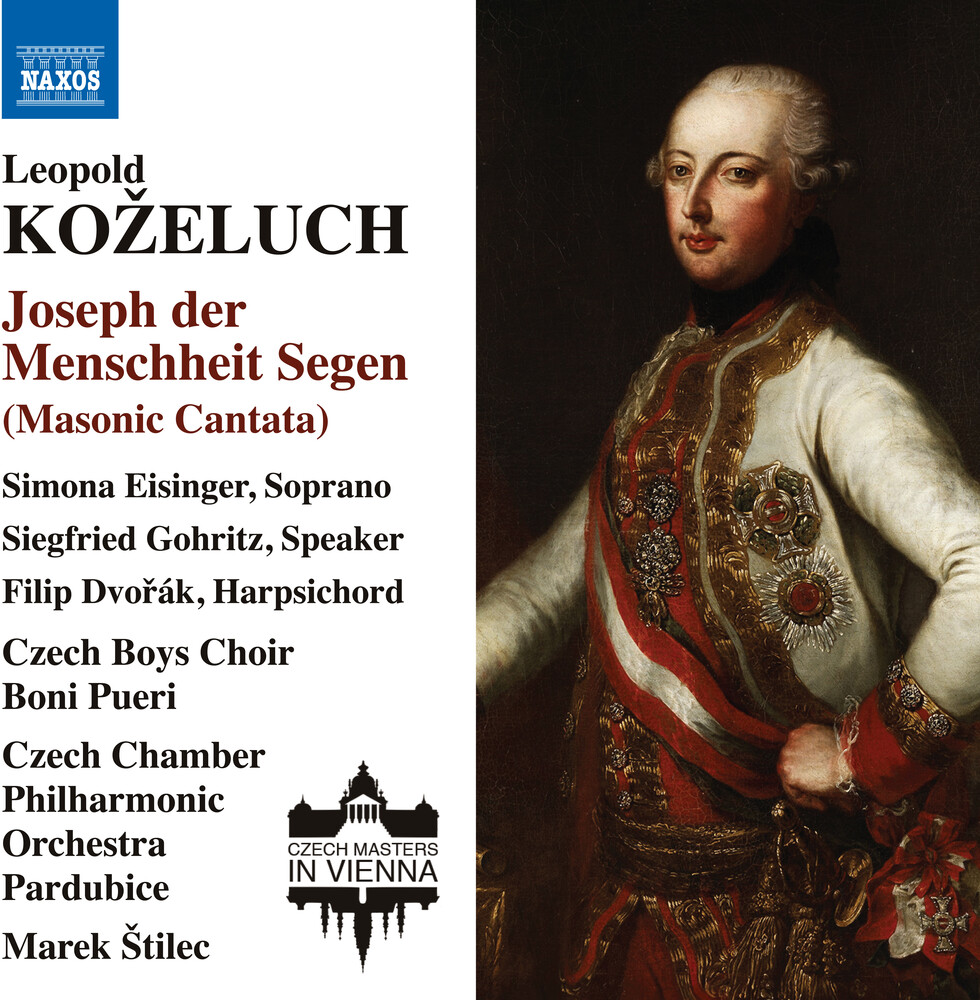 Vienna was a magnet for musicians across Europe in the 18th century, and among the most successful and influential were composers from Bohemia. Credited with developing idiomatic piano performance in the city, Leopold Kozeluch also wrote choral music of considerable individuality. Joseph der Menschheit Segen ('Joseph, Mankind's Blessing') is a powerful Masonic cantata that unusually includes Melodrama, where spoken text is followed by instrumental passages. The two sacred arias are masterful compositions and the Missa in C, though small in scale, is unusually lavish in it's scoring. Klage auf den Todt Marien Theresien ('On the Death of Maria Theresa') possesses a grave and subtle beauty. This new release also features the Naxos debut of the Czech Boys Choir Boni Pueri. Founded in 1982, it has become one of Europe's most famous vocal ensembles and have given more than 3000 performances in Europe, North America and Asia.