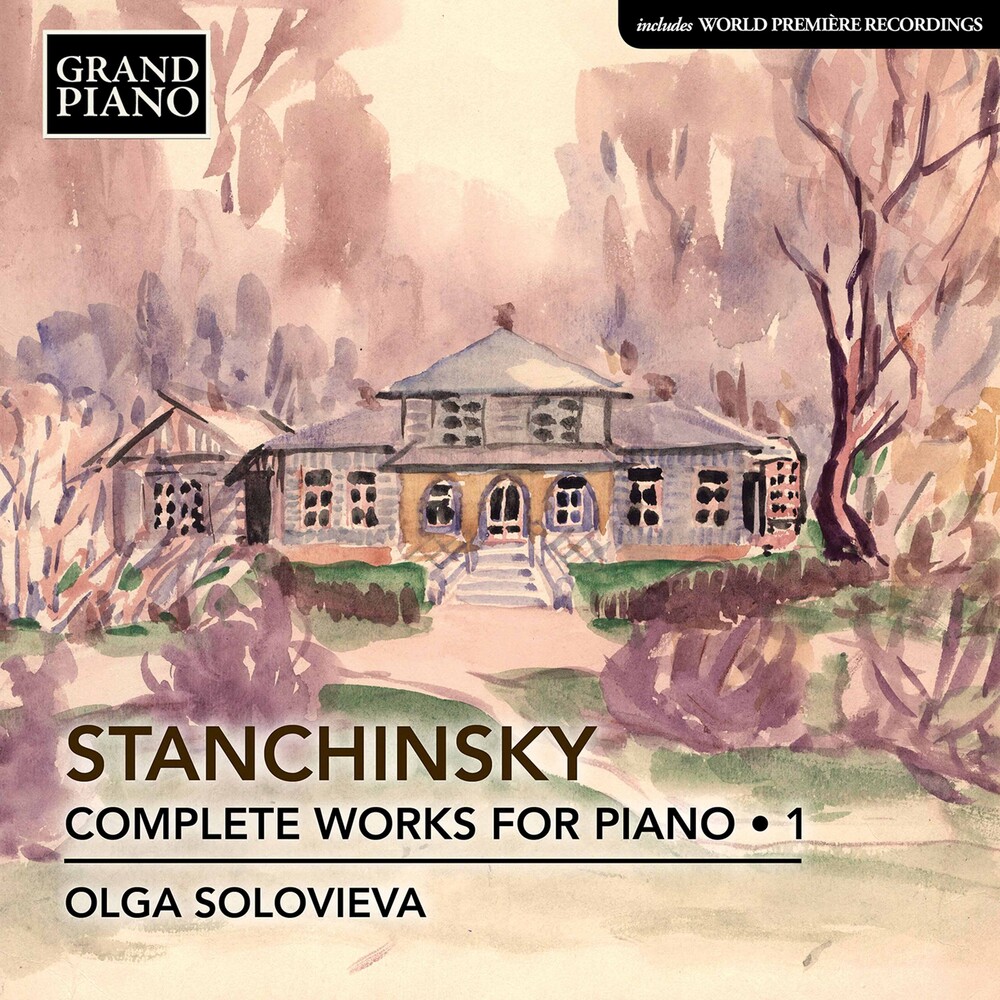 Alexey Stanchinsky was considered an outstanding student by his teacher Taneyev, his work anticipating Stravinsky, Prokofiev and others, paving the way towards many aspects of twentieth-century style. His tragic early death and publishing difficulties meant that his music was hidden for decades. Volume 1 of this complete edition contains his entire output until 1910, including several world premiere recordings and revealing his early melodic gift and sophisticated virtuosity. Pianist Olga Solovieva was born in Moscow, graduated from the Russian Academy of Music, Moscow, and took a postgraduate course as an assistant to Leonid Blok. Since 2004 she has been a professor at the Gnessin State Musical College, and has given masterclasses in Ireland and Belgium. Solovieva was a prizewinner of the 1999 Taneyev Competition of Chamber Ensembles, a finalist of the 2000 XX Chamber Music Competition in Trapani, Italy, a 2010 Boris Tchaikovsky Society Award Winner, and was awarded the Best Accompanist Prize at the XII International Tchaikovsky Competition in Moscow. In May 2019 she received the Russian public award for her contribution to the development of the musical art and the Glinka Medal.