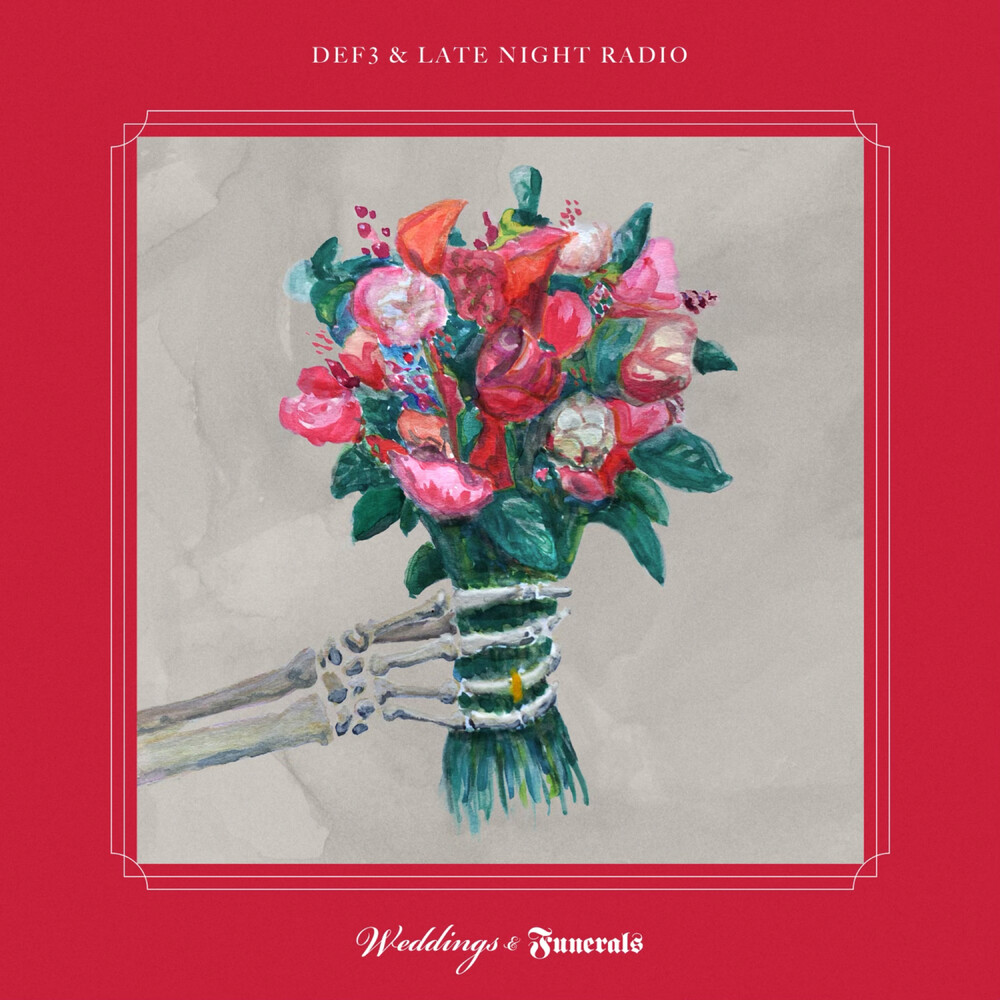 Def3's forthcoming album titled Weddings and Funerals, produced by Denver based electronic producer Late Night Radio, marks the rapper's third full length release, and is the follow up to his 2017 LP, Small World. Weddings and Funerals is the second collaborative project between Def3 and LNR. The nine-track record features Denver's electronic funk duo Recess, Vancouver emcee Kapok, and instrumentalists Miles Lujan and Melissa Joy. Weddings and Funerals juxtaposes the rush of togetherness and new life with loss and grief. The album came together over a two-year period, during which time LNR and Def3 consistently pushed each other to develop their niche sound. Notably, during production Def3 also became a father and re-located to Vancouver, BC. The album title holds literal meaning for Def3, who celebrated his wedding and buried his grandfather in the same week, but it is also a metaphor for deeper themes and intangible disruptors.