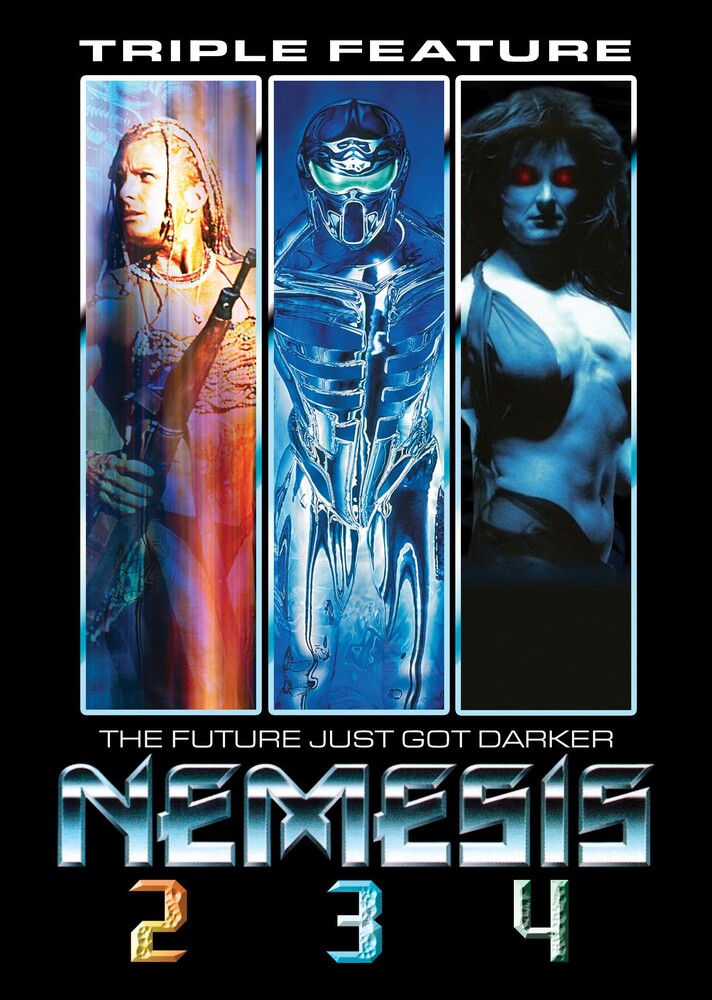 NEMESIS 2: NEBULA: 73 years after the events in NEMESIS, humans have lost the Cyborg Wars and they are now slaves to the cyborg masters. Rebel scientists have developed a new DNA strain, which could signal the end of the cyborgs, and it is injected it into a pregnant volunteer. When the cyborgs learn of the woman and her baby, both are listed for termination. To escape, the woman steals a cyborg ship and is transported back in time to East Africa in 1980, where the mother is killed, but the baby is saved. It takes 20 years, but a cyborg bounty hunter named Nebula (Chad Stahelski, John Wick) eventually locates the young woman, named Alex (Sue Price), and travels back in time to terminate her.NEMESIS 3: TIME LAPSE: Alex finds that she has twenty half-sisters who are waiting for her to return to the year 2077. Central Command wants Alex (Sue Price) captured alive and scanned to see if her DNA is a strong and more powerful strain than normal. But Alex may be too tough for Farnsworth (Tim Thomerson, Near Dark) to capture.NEMESIS 4: DEATH ANGEL: Following an uneasy ceasefire between the humans and the cyborgs, Alex Sinclair (Sue Price) is making a living in the future working as a cybernetically-enhanced assassin for her boss Bernardo (Andrew Divoff, Wishmaster). But when Alex accidentally targets the wrong man and kills the son of a major crime syndicate head, she finds herself on the run once again as every assassin in town comes to collect the bounty on her.