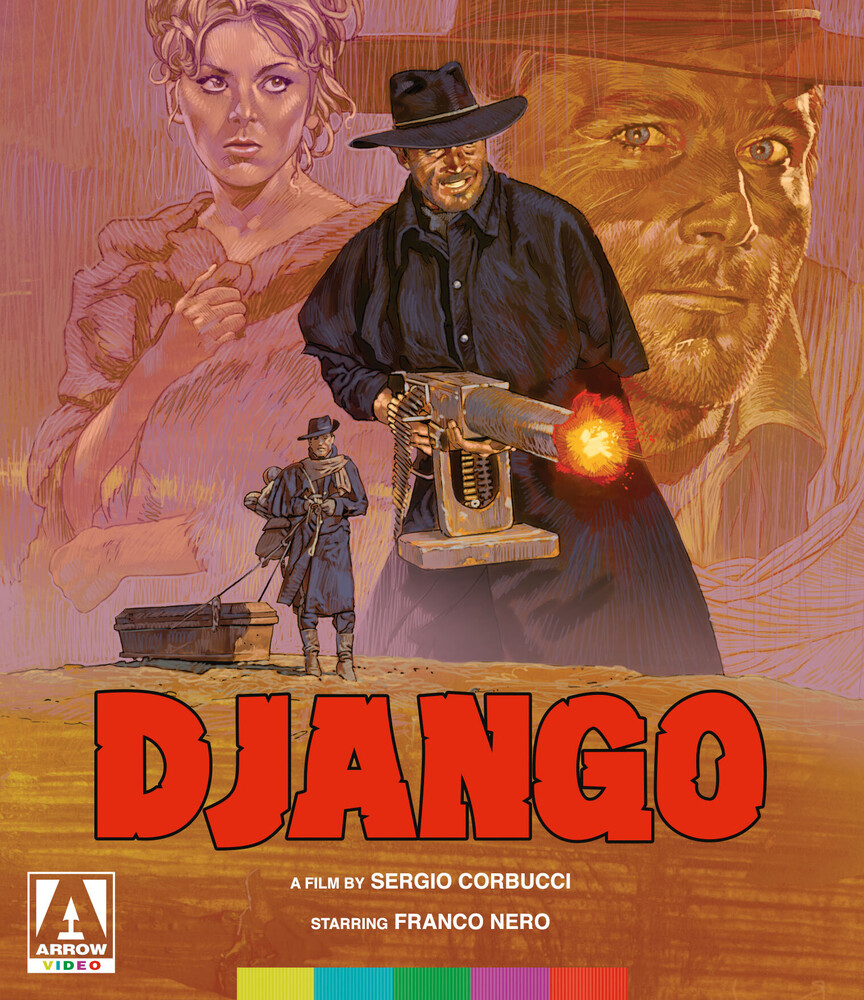 Django
Format: Blu-Ray
New: Available to Order - Not In Our Store $39.95
Wish

In this definitive spaghetti western, Franco Nero (Keoma, The Fifth Cord) gives a career-defining performance as Django, a mysterious loner who arrives at a mud-drenched ghost town on the Mexico-US border, ominously dragging a coffin behind him. After saving imperilled prostitute Maria (Loredana Nusciak), Django becomes embroiled in a brutal feud between a racist gang and a band of Mexican revolutionaries... With Django, director Sergio Corbucci (The Great Silence) upped the ante for sadism and sensationalism in westerns, depicting machine-gun massacres, mud-fighting prostitutes and savage mutilations. A huge hit with international audiences, Django's brand of bleak nihilism would be repeatedly emulated in a raft of unofficial sequels. The film is presented here in an exclusive restoration with a wealth of extras.