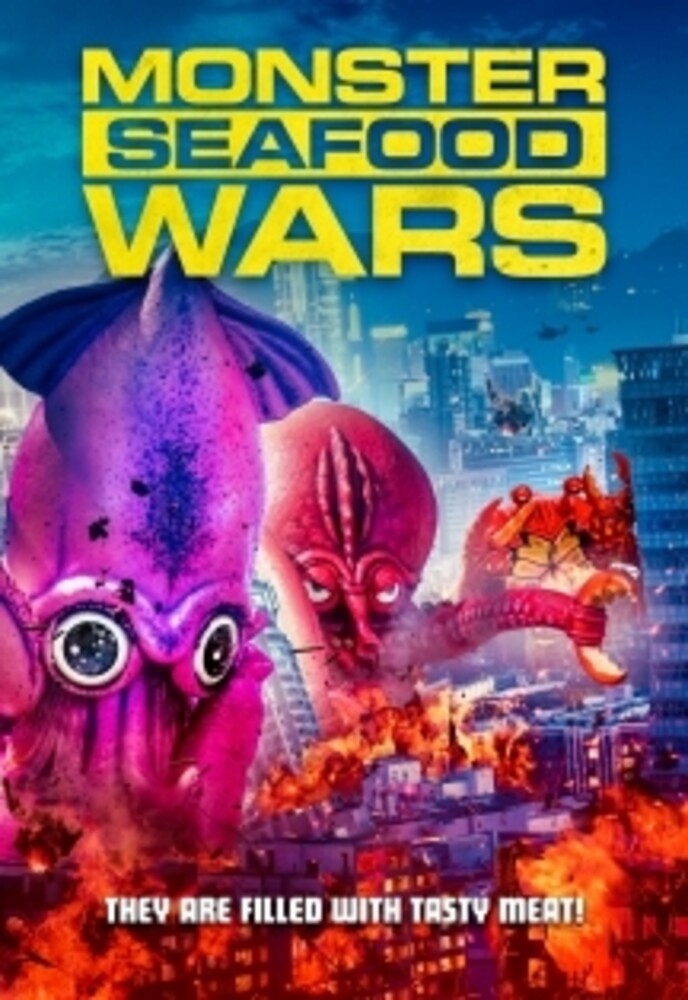 Yuta, a young master at the Tsukiji Fish Market, accidentally drops his meal of mixed seafood into the Sumida River. Some time afterwards a gigantic mutated squid monster arises from the depths and begins to wreak havoc upon an awe-stricken Tokyo. Attempts by the Japan Self-Defense Forces to stop the creature prove futile. As it seems things couldn't get any worse an enormous mutant octopus monster emerges from the deep and heads into a clash of the titans with the gargantuan squid. As a last ditch effort, the government forms the "Seafood Monster Attack Team (SMAT)" and an all-new plan of attack is immediately put into action. But just as the tide appears to be turning in humanity's favor, a colossal crab monster appears, joining in the Monster Seafood Wars and plunging the world into culinary chaos.