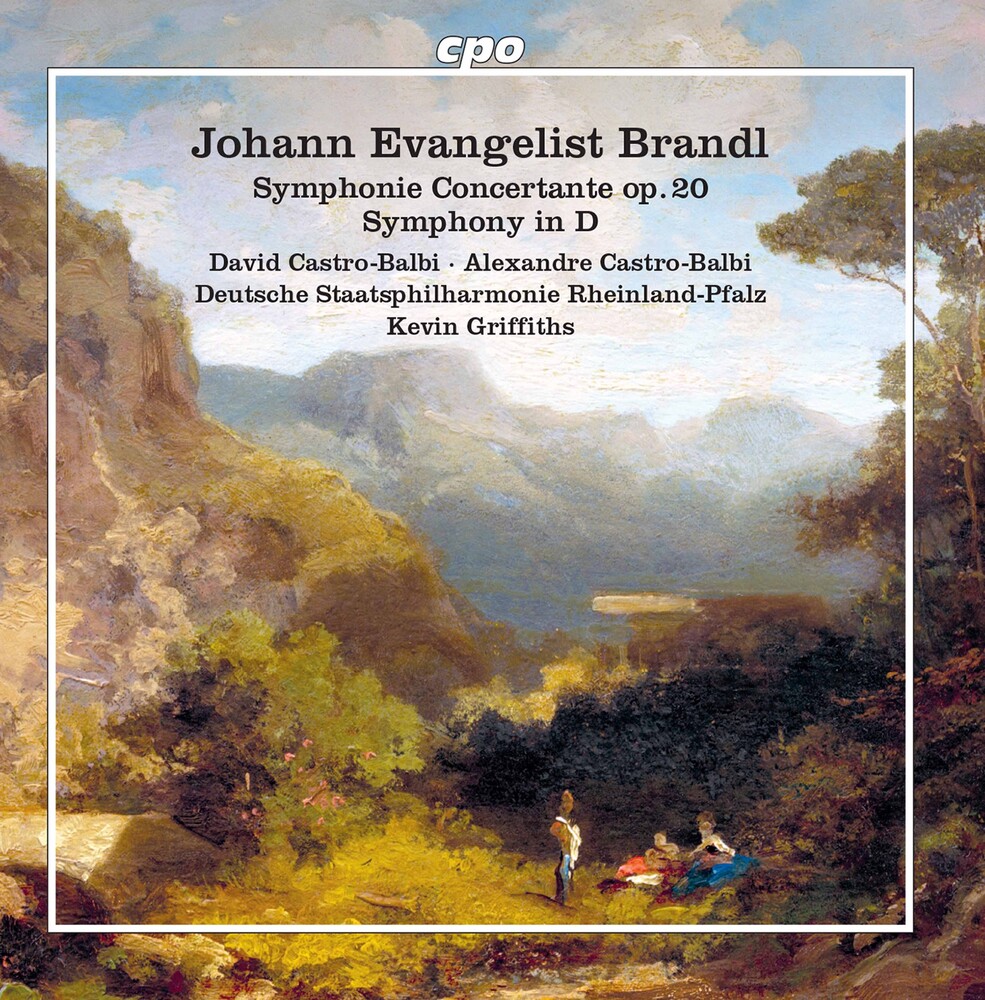 When Johann Evangelist Brandl wrote his Symphonie concertante op. 20, he had more time to concentrate on composing free of court occasions and to exploit in full his own capabilities rather than focusing on the planning and performing of concerts. Therefore his Symphonie concertante, like the one by Mozart, can be viewed as a sort of visiting card, and with it Brandl wanted to put out his feelers in quest of new appointments. Like Mozart, in his work with two solo instruments Brandl has the dimensions of the first movement noticeably expand in view of the solo concerto and in this way gives both soloists space and time to present all the themes and motifs in succession as well as to elaborate them with great virtuosity. What our two soloists, the Castro-Balbi brothers, display in breathtaking virtuosity is simply sensational. Brandl had composed his four-movement Symphony in D major with a dazzling finale as a "Grande Simphonie Ă  grand Orchestre" some ten years earlier. Already then Brandl anticipated a lot of Beethoven's Fourth Symphony op. 60, which first was completed in 1806. Something of the quest for new sound worlds that the Rhinelander Beethoven envisioned is also in evidence in Brandl, who was ten years his senior. Today musicologists are discovering in Brandl an artist whose musical language above all toward the end of his creative career surmounted the style of Classicism and instead favored a sharpened chromaticism and already exhibited Early Romantic characteristics.