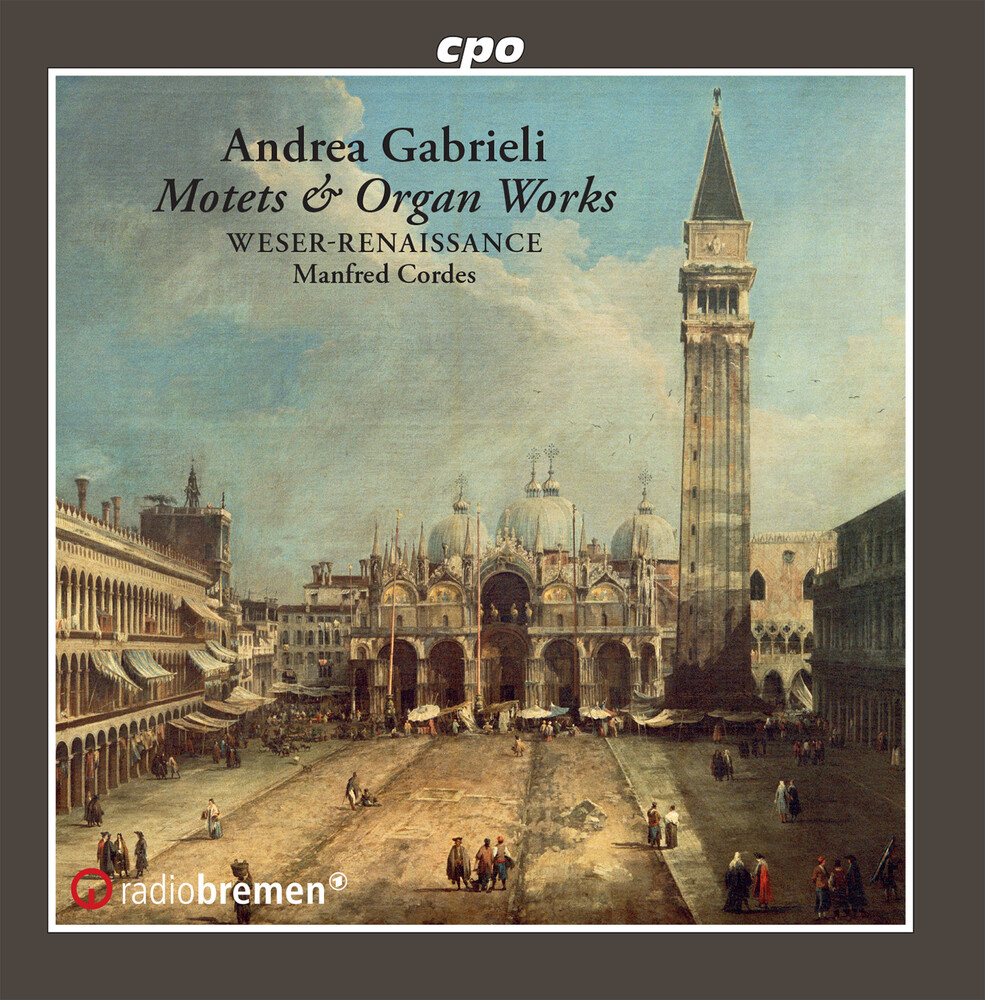 On their first album featuring madrigals and canzonettas by Andrea Gabrieli, the WESER RENAISSANCE ensemble led by Manfred Cordes was already in it's element. On SWR2 Radio Michael Stegemann commented: "A most highly entertaining and successful album. Perfect balance in the mixture of singers and winds, audio transparency of the polyphonic structures, great textual intelligibility." And on the ensemble's second Gabrieli release, now with madrigals, psalms, and organ works by this master delighting so much in experimentation, his intention and wish to offer intelligent entertainment to his fellow human beings are clearly shown. By 1566 at the latest, Andrea Gabrieli was appointed to the coveted post of organist at St. Mark's Cathedral, and already during his lifetime he was esteemed in particular because of his enormous versatility.