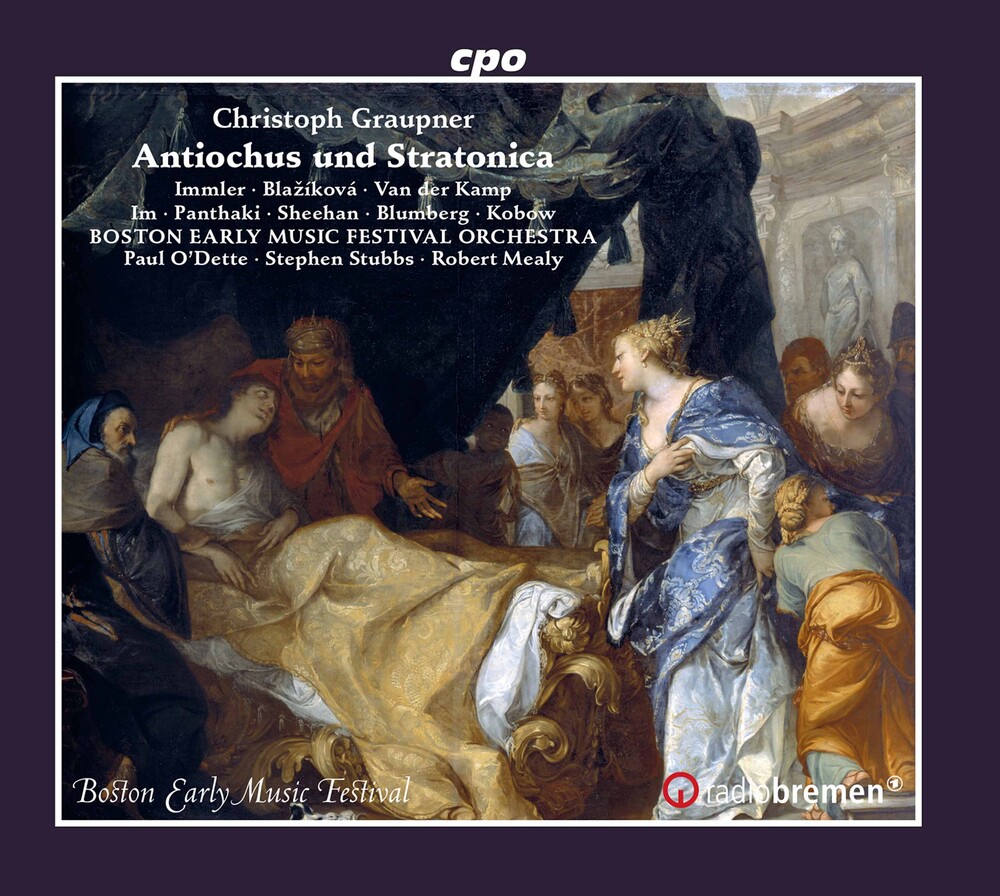 Spectacular Baroque Opera with the BEMF. The prizewinning Boston Early Music Festival, joined by the choicest soloists, once again presents a spectacular Baroque opera discovery with Christoph Graupner's Antiochus and Stratonica. Graupner composed the musical play L'Amore Ammalato, Die kranckende Liebe, oder: Antiochus und Stratonica during his time as the harpsichordist at the GĂ¤nsemarkt Opera in Hamburg. The core subject of the opera is the love of the Seleucid prince Antiochus for his stepmother Stratonica. This match brings with it highly dramatic moments as well as deeply sad ones inasmuch as Antiochus is supposed to have an incurable illness - but then at the end three old and new romantic couples appear on the stage and everything comes to a happy ending. Graupner's opulent orchestral ensemble, which prescribes three recorders and four oboes in addition to strings and a large continuo apparatus, offers the most highly nuanced tonal manifoldness - and during his later decades as the Darmstadt court chapel master the composer would continue to expand this element.