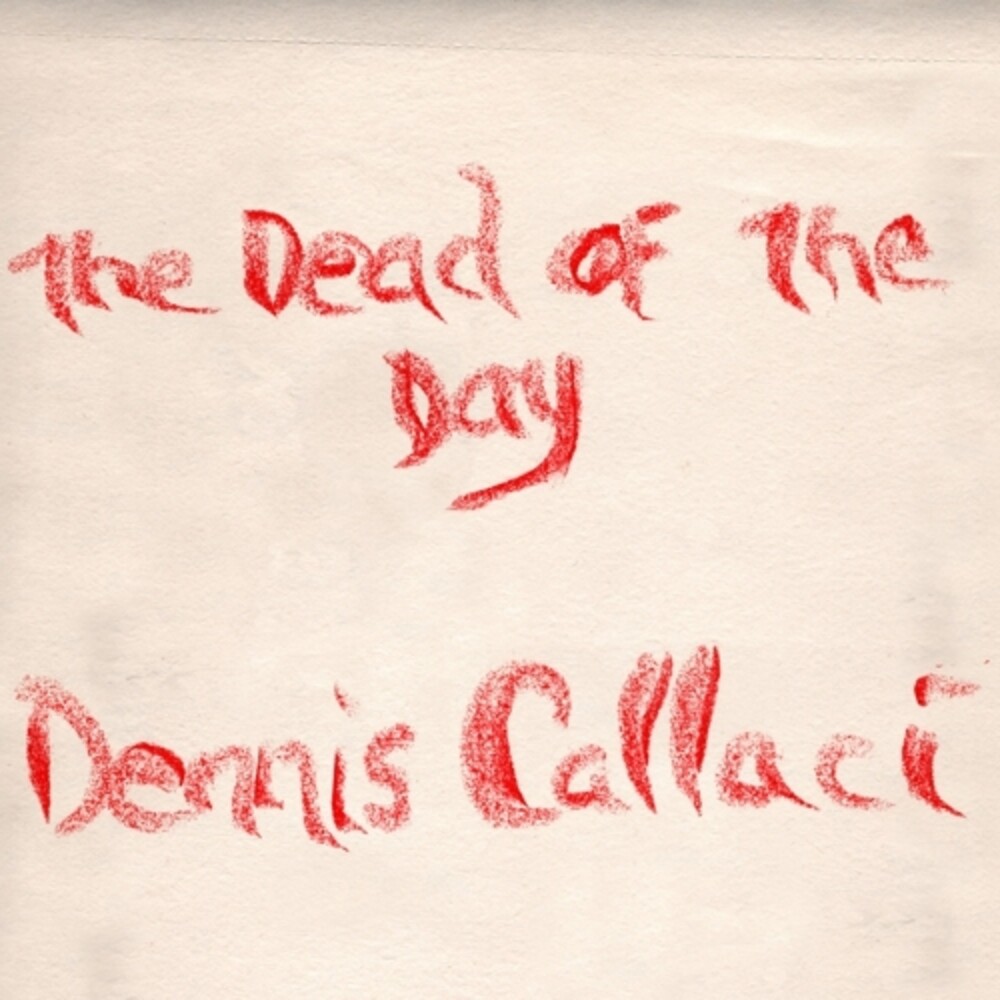 The third in a triptych of solo albums by Dennis Callaci of the band Refrigerator began with Bed Of Light featuring Simon Joyner, David Nance and the Ghost band as well as Kevin Morby and Jarvis Taveniere as a full throated five piece / orchestrated record which gave way to the thirty minute piece The End Of Night two years later. The last piece in this series is the new record The Dead Of The Day, a stripped down acoustic record minus drums. Guitar and piano ballads, funereal fugues, a fifteen minute instrumental opener and other rough strays sit together with lyrics that play off of one another. Franklin Bruno plays the piano and organ, long-time collaborator Aaron Alcala is on a few songs and Allen Callaci's vocals appear as a ghostly refrain on the track "Scoreless". The record's release falls the same day as the Callaci's novel 100 Cassettes published by Pelekinesis whose narrative ties into the songs on The Dead Of The Day. The book is made of 100 chapters with an introduction by Jonathan Lethem."Scraping strings are as likely to clash in dissonance as soothe with melody; a lush and lonely slide guitar eases the tension, though in a melancholy way. Plenty of space in these songs allows for rumination, which is a good thing because Dennis Callaci, whom you might recognize from Refrigerator or his 2013 collaboration with Simon Joyner or his stewardship of Shrimper Records, gets off an inexhaustible supply of mordant, delicately phrased observations, mostly about human frailty." -Dusted Magazine