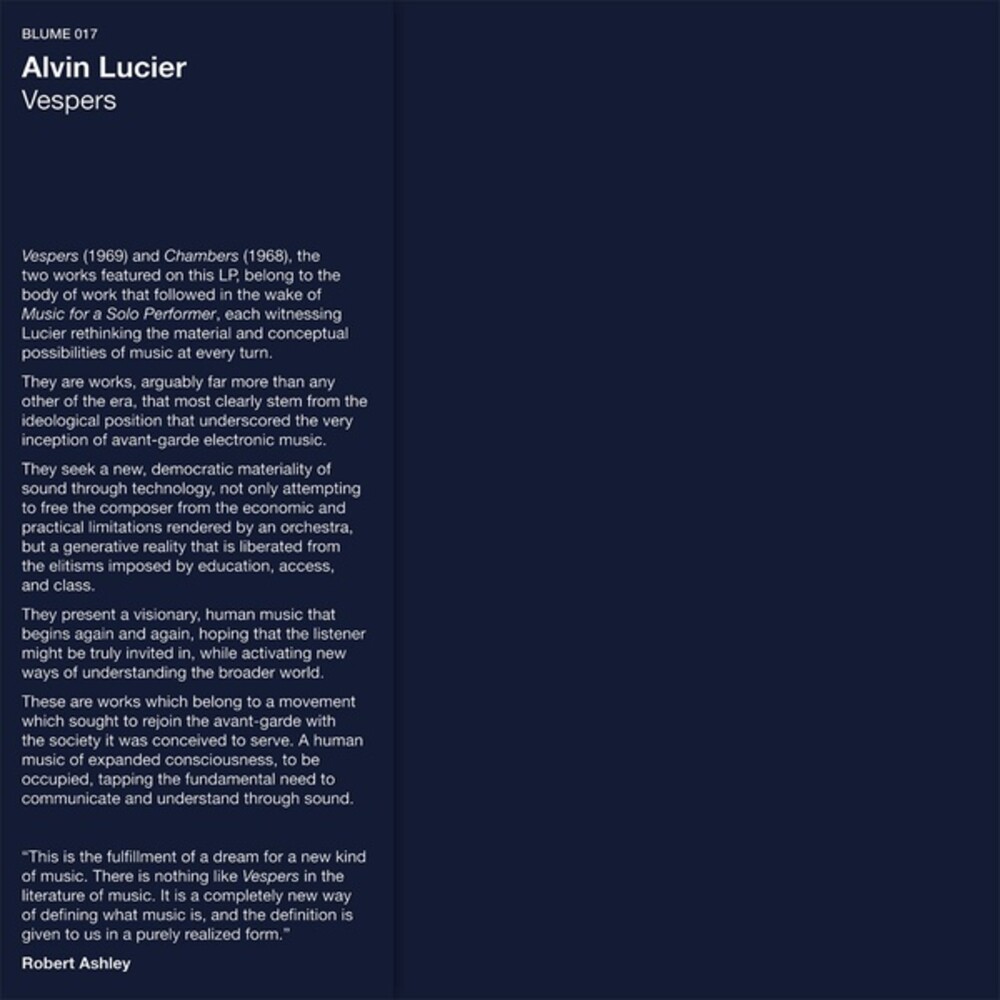 Vinyl LP pressing. Vespers (1969) and Chambers (1968), the two works featured on this LP, witness Lucier rethinking the material and conceptual possibilities of music at every turn. First released as Lucier's contribution to the Sonic Arts Union's lone LP, Electronic Sound, in 1972, Vespers is a work generated by two equal actors -the performers and the space that they occupy. Conceived following a chance encounter with hand-held echolocation technology -the Sondol, a pulse oscillator that emits short, sharp pulses at variable repetition speeds, producing echoes from the reflecting walls of a space to register relative location and orientation- it stands as one of the first works in history within which the decisions made during the performance are solely based on acoustics, allowing sound to be equally the content and structural determiner.