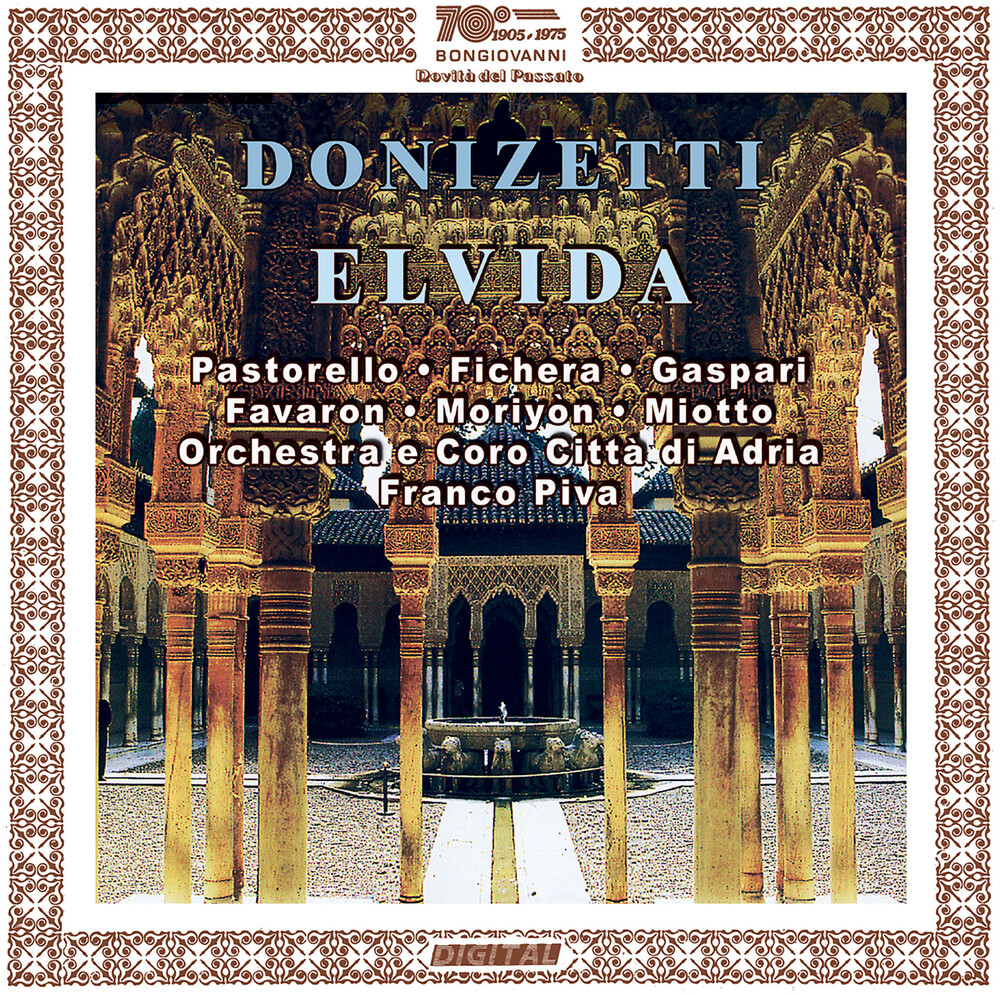 A one-act opera, Elvida is a short "dramatic action" which in effect "has nothing historical", as is stated in the libretto's "topic", it didn't take inspiration from any drama, short novel, or previous texts by others, inventing everything and almost preferring probabilities to the truth. Closely following the instructions received, Donizetti didn't even compose a symphony or prelude and accepted the frugality of recitative; in the manuscript, he left no sign of the tenor's aria, the one intended for Rubini, with which he counted on pleasing the public, because he hadn't time to write it and therefore missed the opportunity, or maybe because (as was the practice with parody, of composers borrowing from their other works, and use of "trunk" or "suitcase" arias) he didn't write anything new, leaving the famous Rubini to insert an aria he liked (which the composer obviously liked too). Nonetheless, the 29 year-old musician committed himself body and soul to the manner, the "Rossini-ism" and the style of his maestro Mayr; and in fact sketched a small, clear and accurate score, perfectly suited to the singers' personalities and never forgot the art of writing, the proper arrangement of the parts, classical singing and melodic invention.
back to top