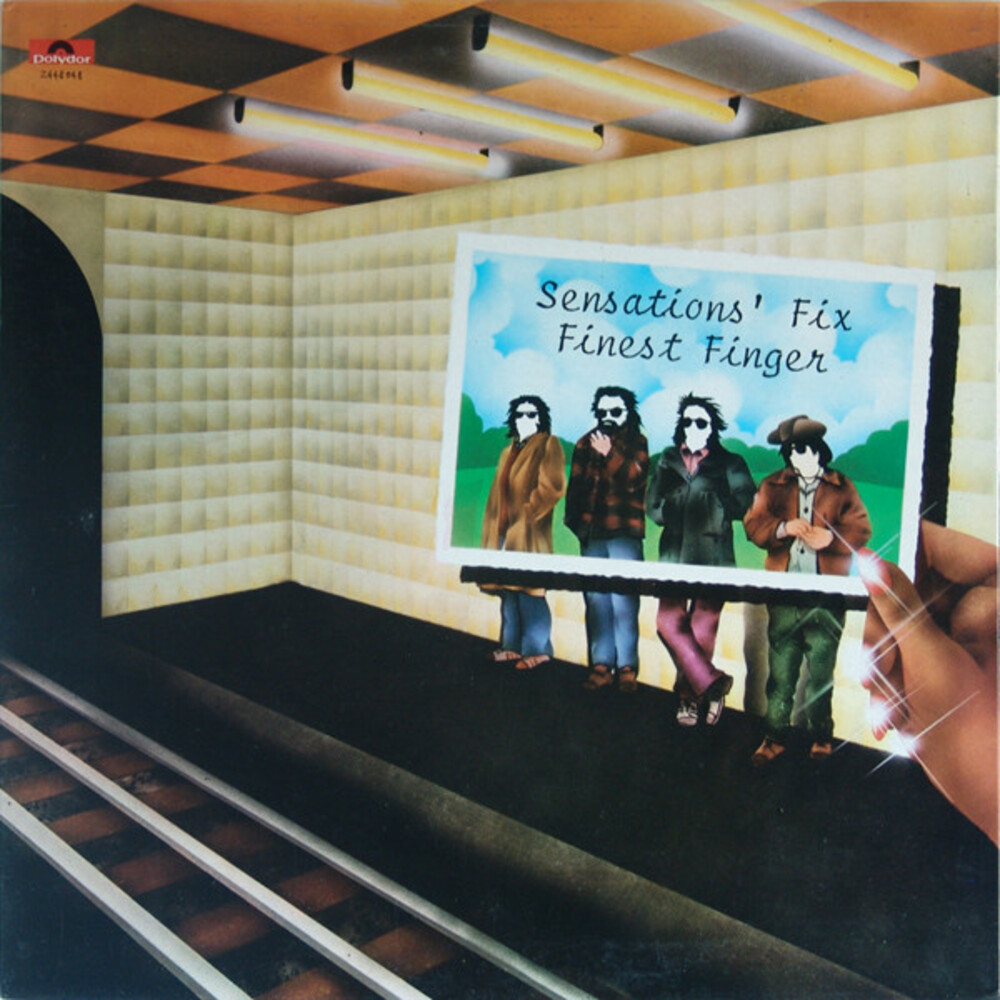 Istening today to the music produced by Sensations' Fix, a project founded and directed by Franco Falsini in '70s, can't just leave anyone indifferent. Already in the mid-'60s, Falsini was full-time involved in musical activities: a tireless traveler and experimenter, an artist with uncommon curiosity and intuition, after having lived for some time in the United States and England, he finally established again in Italy where he gave shape to Sensations' Fix and signed a contract with Polydor for the release of six records in five years. Often associated with the sound of Tangerine Dream and the so-called German 'cosmic couriers', Sensations' Fix were much more than mere clones of something already existing."Finest Finger" is Sensations' Fix's fourth album, originally released in 1976 and never officially reissued on vinyl until today. The making of this record coincided with the line-up addition of a second keyboard player and, even if Franco Falsini remains the only author of all it's songs, the album sounds much more homogeneous, fluent, inspired, better produced than the band's previous ones and is clearly the result of a proper teamwork. For the first time, Falsini also took care of the singing parts in four of the eight tracks, with very good results. This is probably the first album in which, thanks to the experience and means acquired, the sound of Sensations' Fix takes on more precise and personal shapes.Sensations' Fix albums are generally difficult to find; almost none of them has been reprinted in over forty years, but thanks to this series of reissues on the VM label it is now possible to rediscover them all.