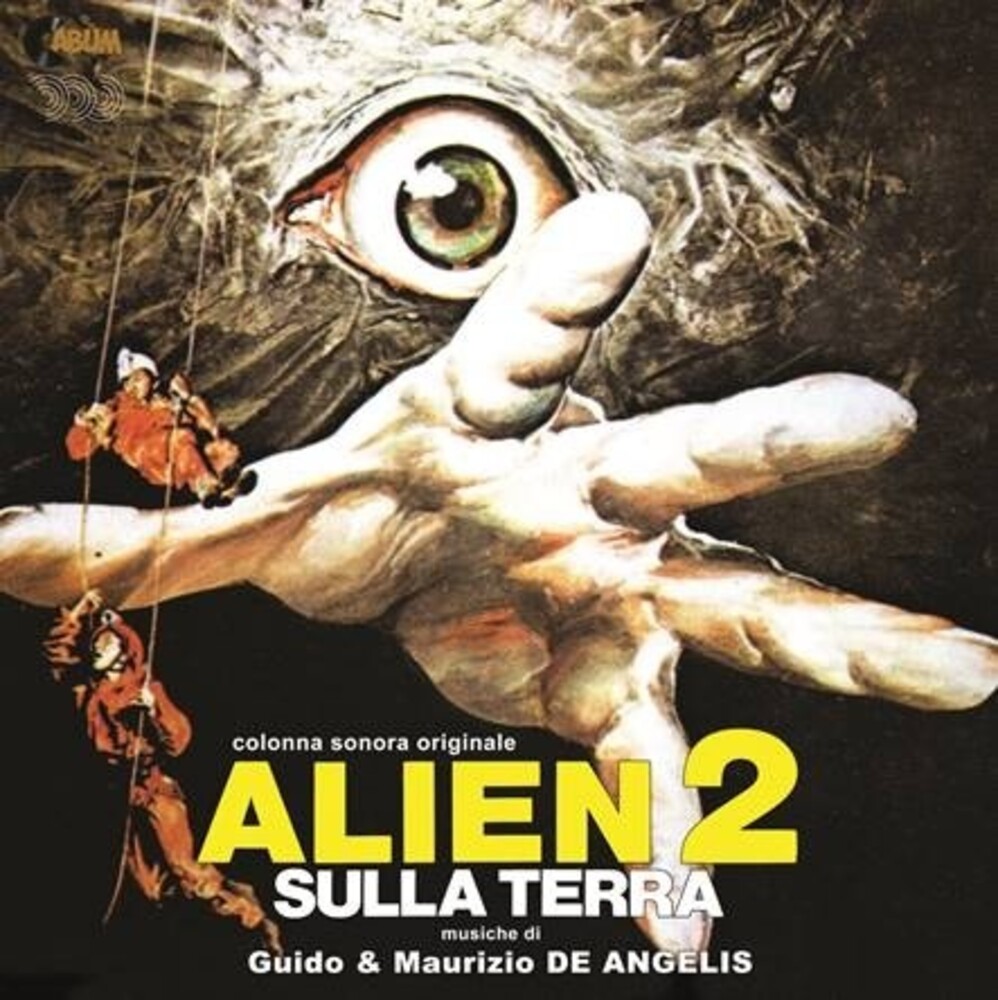 LP version. Limited edition. 180 gram, color vinyl; printed inner sleeve; edition of 100. Almost 40 years after it's theatrical debut, Cabum and Beat Records release for the first time ever the complete score for the movie Alien 2 Sulla Terra (1980, Ciro Ippolito), one of the most obscure films in the Italian horror/sci-fi realm, an apocryphal sequel to the iconic Alien by Ridley Scott (1979), released just a few months prior. One of the most sought-after soundtracks by Guido & Maurizio de Angelis fans, it is a prominent sample of the experimental style of the two composers that would feature prominently throughout the '80s. Their kaleidoscopic score begins with a country flavor and evolves with an astonishing electronic timber, sometimes morbid and obsessive. This release features nearly 80 minutes of music, complete with two cues from Uno Sceriffo Extraterrestre, Poco Extra Molto Terrestre (1979) that are used in the first part of the movie to build tension in a particular scene. This reissue was mastered by Enrico de Gemini thanks to the discovery of first-generation masters in Cabum's archives. Includes liner notes and graphic layout by Daniele de Gemini and English edit by Esteban Medaglia.