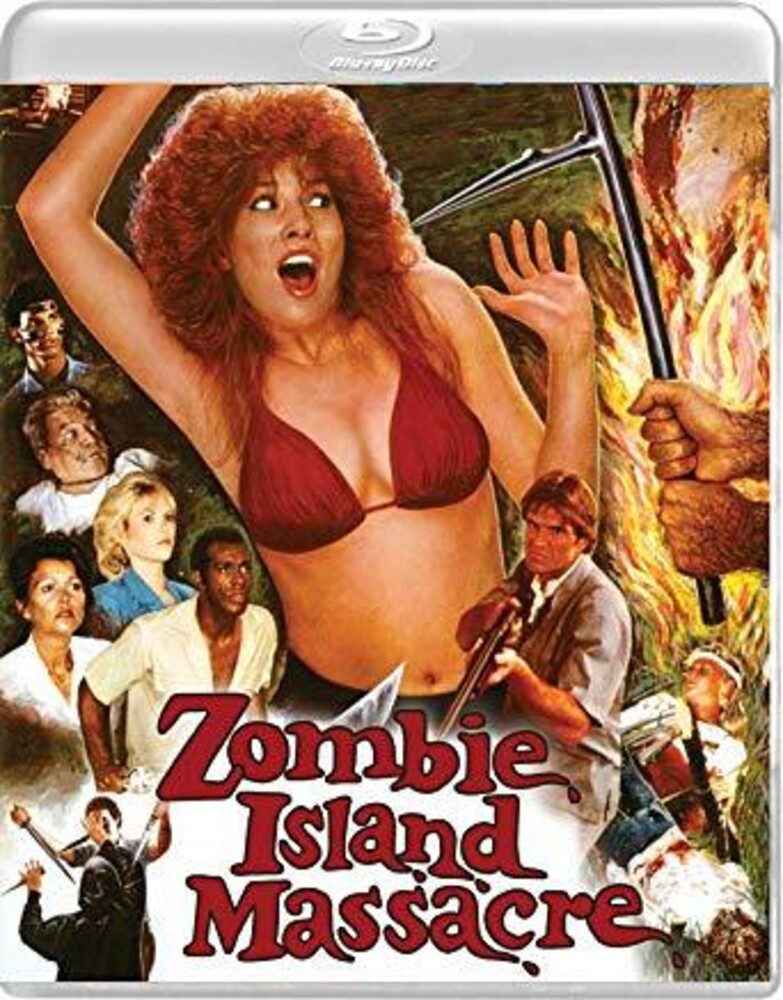 A group of Americans, on what they assumed would be a relaxing and fun-filled vacation in the Caribbean, soon find themselves trapped in the island wilderness after their tour bus breaks down. Alone and stranded, the group begin to fall prey to an unknown, voodoo mask wearing assailant who bumps them off in various nasty ways, ranging from decapitation and evisceration, to impalement. As the surviving members of the group frantically search for help, they begin to suspect that not all of them might be who they claim they are, and that one of them might be a cold-blooded killer... John N. Carter's ZOMBIE ISLAND MASSACRE, the production of which is still somewhat shrouded in mystery, was produced at the height of the 80s slasher craze and features all of the genre hallmarks including gruesome death, gratuitous nudity, and an entirely original looking 'killer guise,' along with a score by genre favorite Harry Manfredini (Friday the 13th). Previously viewable only in dark and drab video sourced editions which mask it's impressive special effects and surprisingly colorful cinematography by Robert Baldwin (The Exterminator), Vinegar Syndrome brings ZOMBIE ISLAND MASSACRE to Blu-ray, newly restored from it's 35mm original negative.