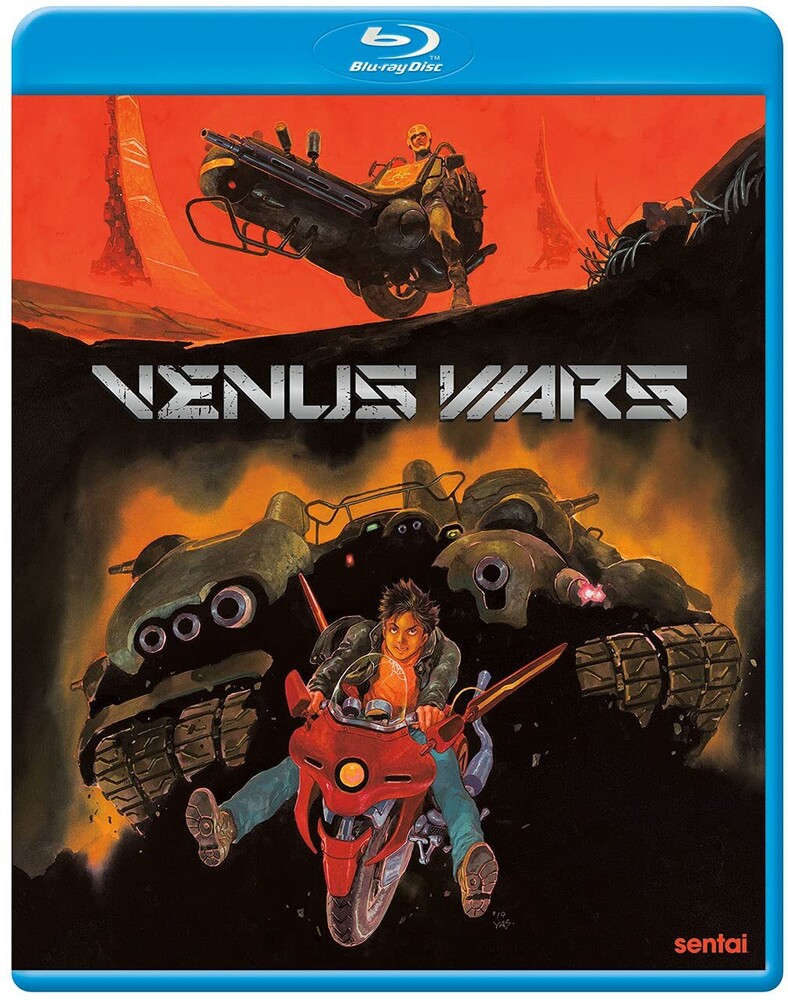 When an ice comet, slammed into the planet Venus, terraforming it's toxic atmosphere into one capable of sustaining human life, mankind's dream of colonizing other worlds became a reality. Unfortunately for the colonists, Venus isn't the paradise they'd dreamed of. As crops fail and competition for resources intensifies, hostilities grow until the two inhabited continents stand on the brink of war. Reporter Susan Sommers arrives in the capital of Aphrodia just as Ishtar attacks and only the intervention of Hiro Seno and his Battle Bike team saver her from certain death... but now Aphrodia is under Ishtar's control and Sue, Hiro, and his teammates find themselves on the run! However, their unique skill at Battle Bike, which combines motorcycle racing with roller derby, may just prove to be the secret weapon Aphrodia needs to win the VENUS WARS.