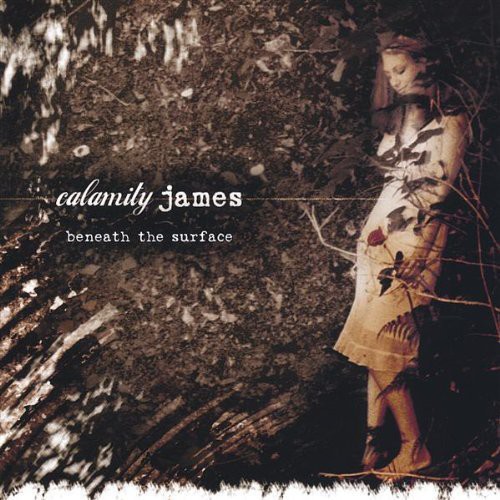 Beneath The Surface
Artist: Calamity James
Format: CD
New: Not in stock
Wish

Calamity James is an alternative rock band based in Pittsburgh, Pennsylvania. They reflect a cohesive union of diverse musical roots and influences from classical and blues to punk and hard rock. Recently formed, Calamity James strives to fill a void in the Pittsburgh music scene with emotional and lyrically-driven songs, which are often overlooked by modern day bands. Consisting of five members from a variety of backgrounds, Calamity James is a synergistic entity that is a testament to the old clichĂ©: 'The whole is greater than the sum of it's parts.' Through the melodious vocals and inspired lyrics of front man Jim Vivirito, their songs attempt to connect with the heart and soul of each listener and explore a common human range of emotions that we all share, from joy, wonder, and love, to heartache, anger, and hopelessness. Together, lead guitarist Vee Sharma and rhythm guitarist Bill Whigham, drummer Andy Matvey, and bassist Jon Tierney provide the canvas for the picture that the vocals paint. From their soul-reaching ballads, to the melodically swaying riffs and to the contagious refrains in all of their songs, Calamity James runs the gamut of sounds and emotions while proving to be one of the better song-writing bands in the business today. Constantly adding to their catalog of originals and giving their audience something new at each show they are destined to make a name for themselves. Calamity James looks to become a rapidly evolving and advancing force in the American music scene.... Keep a look out!