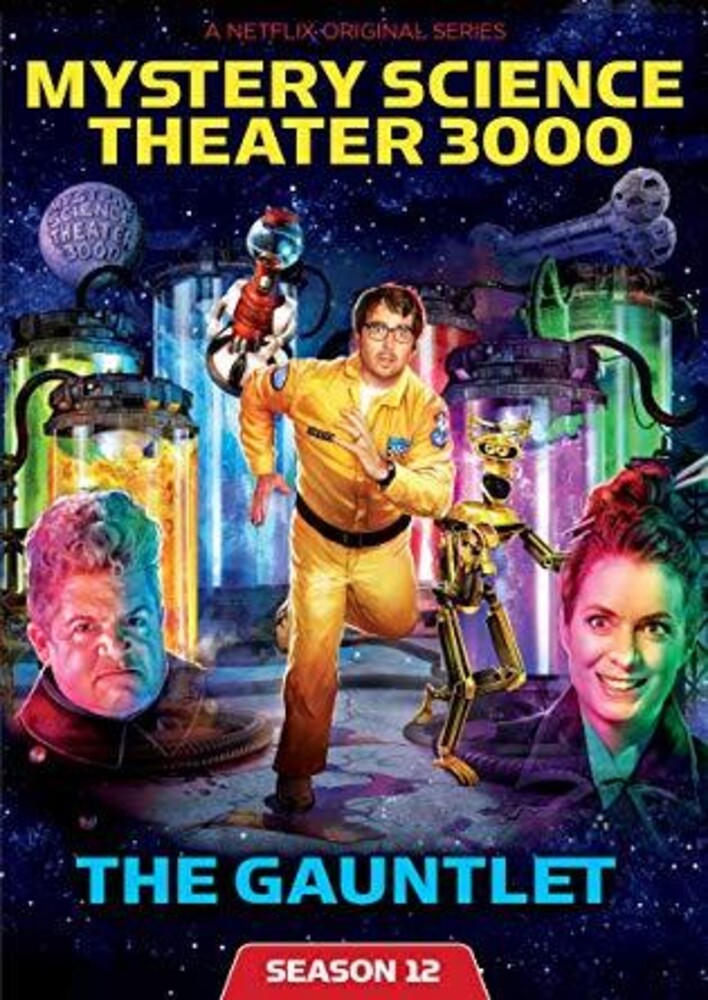 Kinga Forrester has unveiled the latest innovation in movie riffing - The Gauntlet! Can Jonah Heston, Tom Servo, Crow T. Robot, Gypsy - and you! - survive sitting through six cheesy movies in a row?! Confronted with Kinga Forrester's choices in torturous films, they band together and ward off lunacy by continuously riffing on the movies in rapid-fire succession. Movies include Mac & Me, Atlantic Rim, Lords of the Deep, The Day Time Ended, Killer Fish and Ator The Fighting Eagle.