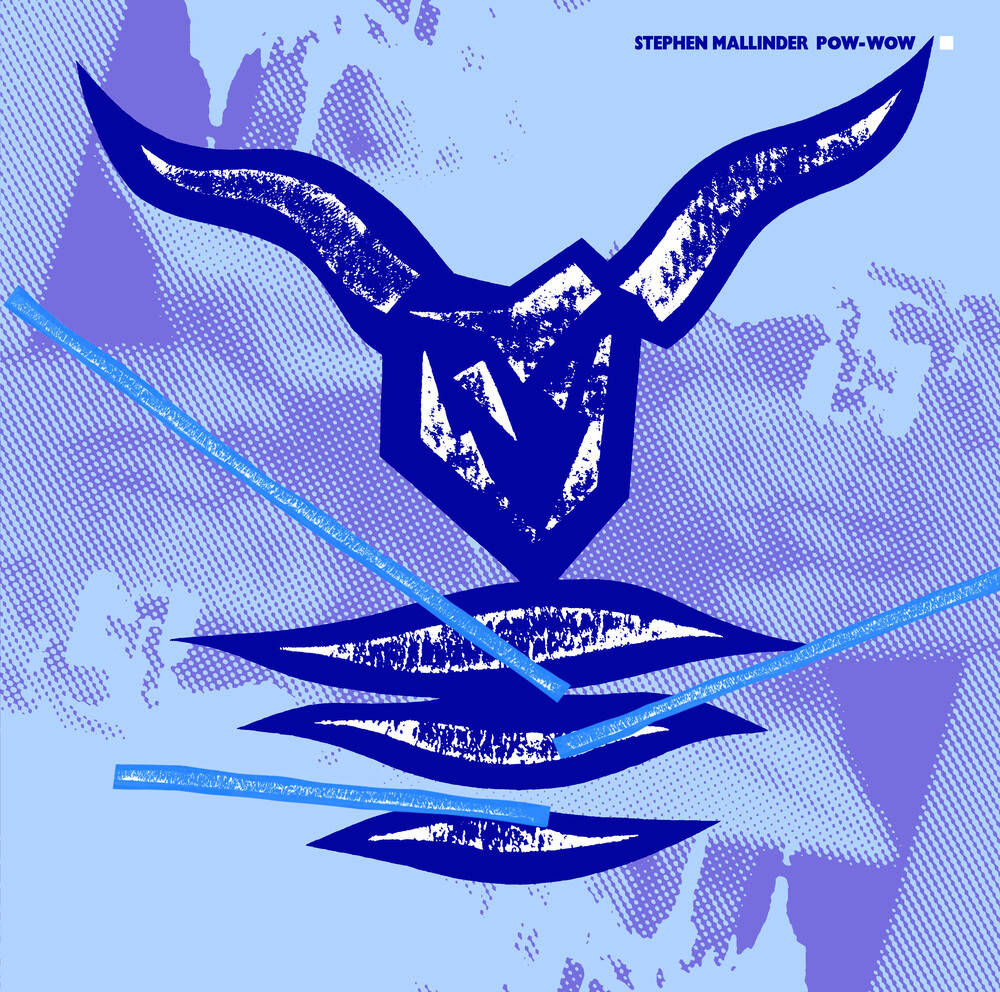 A new sub-label of the longstanding Canadian electro imprint Suction Records, Ice Machine ? focusing on old-school wave/post-punk sounds ? is thrilled to present a new, deluxe reissue of ?Pow Wow?, the debut 1982 solo LP from Cabaret Voltaire?s Stephen Mallinder. Now expanded to a double-LP, and also released on CD/digital, it?s a definitive reissue which now includes Mallinder?s early solo discography in it's entirety. This collection of mutant dub/funk/postpunk sounds just as fresh and contemporary in 2020 as it did in 1982 (note Autechre?s inclusion of standout cut ?Del Sol? in a mix earlier this year), and highlights Mallinder?s crucial contributions to Cabaret Voltaire. Some words from Mr. Mallinder on the scene and era from which ?Pow Wow? was born:?It was an interesting, and inspiring, time. The primal caterwaul of punk was dying and lots of really significant things were emerging from the fires. Much looser vibes were in the air and there was a much more exploratory feel. Punk had championed a visceral, anti-intellectual approach but in truth the real characters brought so much more to the table, and what began to happen- from people like The Pop Group to Throbbing Gristle, and emerging scenes from No New York to Factory Records - is we began to embrace the art of it all. There was acknowledgement of the importance of books, films, graphic art, and experimentation with all those mediums. We were just as interested in turning over rocks to see what lay beneath, as throwing them. There was a sense of new magik emerging. ??Pow Wow? was commissioned by the Fetish Records label, and recorded at the Cabs? Western Works studio, where Mallinder would spend his days recording with Cabaret Voltaire, and continue on alone into night recording his debut solo material. ?I slept very little in those days,? he adds, continuing: ?It was done on 8 track and very multi-tracked, so lots of recording, then bouncing, and overdubbing, to get the integrated feel of the tracks. I became very adept at pressing record then jumping onto equipment to play it - it was actually a very 'live' record in that sense. I've always seen rhythm at the core of what I do so I loved the layering of counter rhythms. The sequence/arpeggiator parts were all drum machine triggers that were played live. It was about creating a distinct groove so arrangements came from weaving in and out of those linear grooves. It was fun to play everything from drums, guitars, keys, trumpet, percussion, tapes... and record and produce it all. Prince got it from me!?Surprisingly, Mallinder?s first solo LP would also prove to be his last - that is, until last year?s critically-acclaimed solo return ?Um Dada?, on Dais. This new edition of ?Pow Wow? contains 14 songs, and is housed in a recreation of the original, iconic Neville Brody jacket, painstakingly recreated using scans of Brody?s original artwork elements. The 2LP vinyl edition is in a reverse board, thick-spine jacket, and adds a 12?x24? folded poster/insert, featuring unused elements from Brody?s original designs, sketches, and instructions for the LP. The CD edition comes in a reverse board, 6-panel digipack.